The free and open VCV Rack software modular platform already is full of a rich selection of open source modules. Now, Rack users get first access to the newest Mutable Instruments modules – and your $20 even goes to charity.

Mutable Instruments is unique among modular makers partly in that its modules are open source – and partly in that they’re really exceptionally creative and sound amazing.

Mutable’s Olivier Gillet was an early adopter of the open source model for music hardware, (along with CDM and our 2010 MeeBlip), starting with the classic Shruthi-1 desktop module (2012). But it’s really been in modular that Mutable has taken off. Even as Eurorack has seen a glut of modules, Olivier’s creations – like Braids, the Macro Oscillator, Clouds, and others – have stood out. And the open source side of this has allowed creative mods, like the Commodore 64 speech synthesis firmware we saw recently.

But Rack, by providing an open software foundation to run modules on, has opened a new frontier for those same modules, even after they’re discontinued. Rack’s ecosystem is a mix of free and open modules and proprietary paid modules. Here, you get a combination of those two ideas. 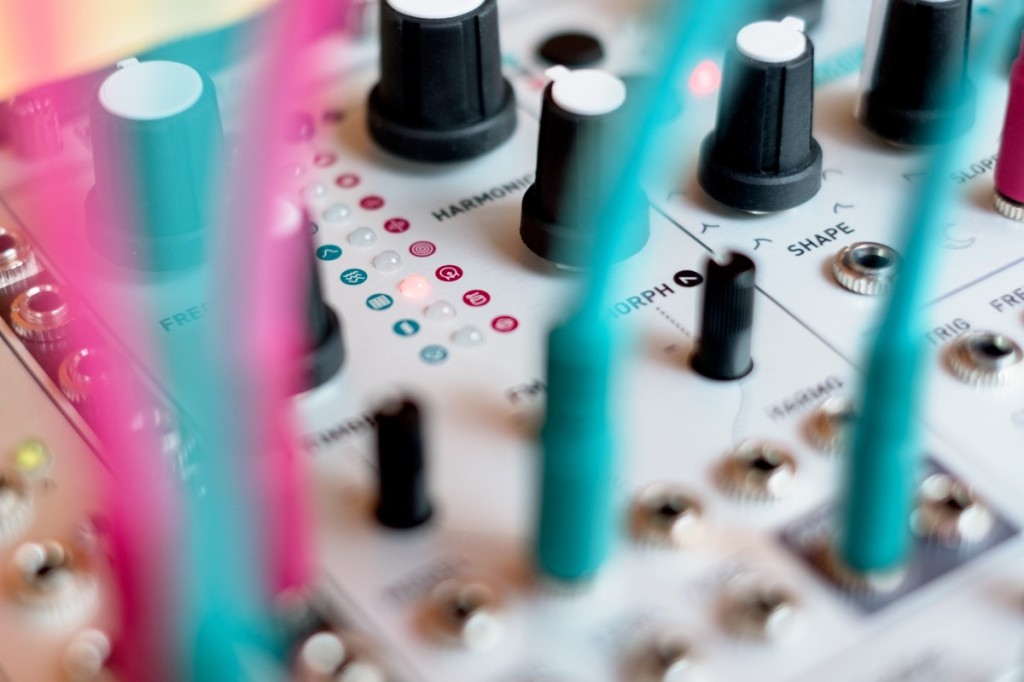 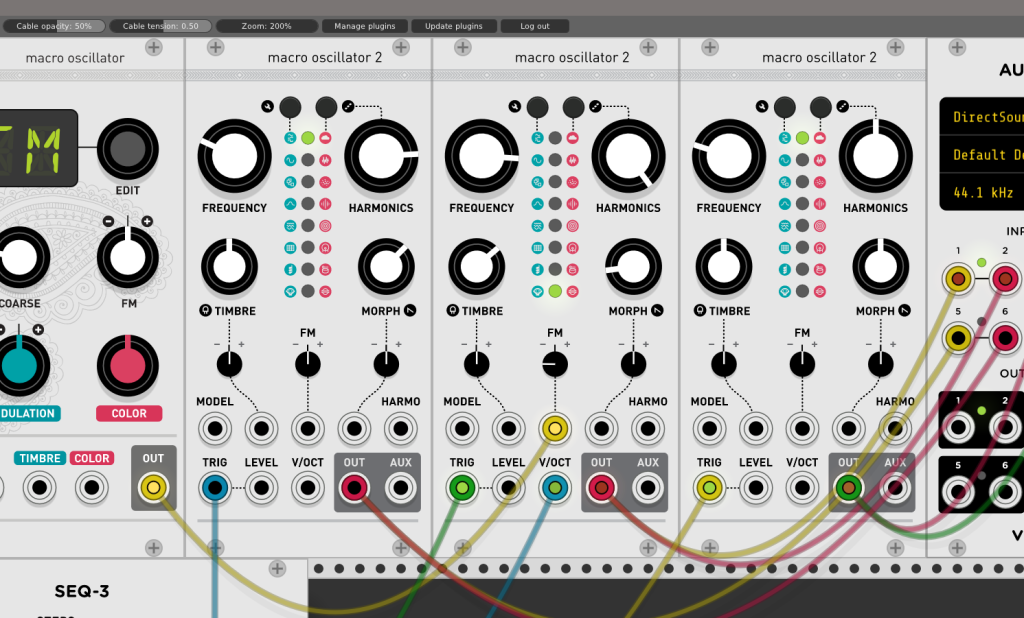 Mutable’s Plaits, a successor to the original multi-functional Braids oscillator, is out but won’t be open sourced until June. But for twenty bucks, you get both Plaits (dubbed Macro Oscillator 2 inside VCV) ahead of that release, opening up a wonderful new source for pitched and percussion sounds. Most of your money even goes to charity. (Actually, I’m happy to support these developers, too, but sure!) These are two of the more versatile sound sources anywhere.

The idea is, would-be hardware purchasers get an advance test. And everyone gets a version they can run in software for convenience. Either way, all synth lovers win, pretty much. Synthtopia has a similar take:

Is This The Future Of Eurorack Modules?

Maybe, maybe not but — on another level, even if this is just the model for Mutable’s stuff, it’s already good news modular fans and VCV Rack users.

And let’s not forget what it all sounds like. Here’s a mesmerizing, tranquil sound creation by Leipzig-based artist Synthicat, showing off Plaits / Macro Oscillator 2:

Another bonus of VCV Rack support for studio work – you get multiple instances easily, without buying multiple modules. So I can imagine a lot of people using elaborate modular setups they could never afford in the studio, then buying a smaller Eurorack rig for live performance use, for example. Check out Synthicat’s music at his Bandcamp site:

You’ll find a bunch of sound models available, from more traditional FM and analog oscillations to granular to percussive to, indeed, some of that weird speech synthesis business we mentioned. You also get a new interface with more flexible control and CV modulation, unifying what are in fact many different models of sound production into a single, unified, musical interface. 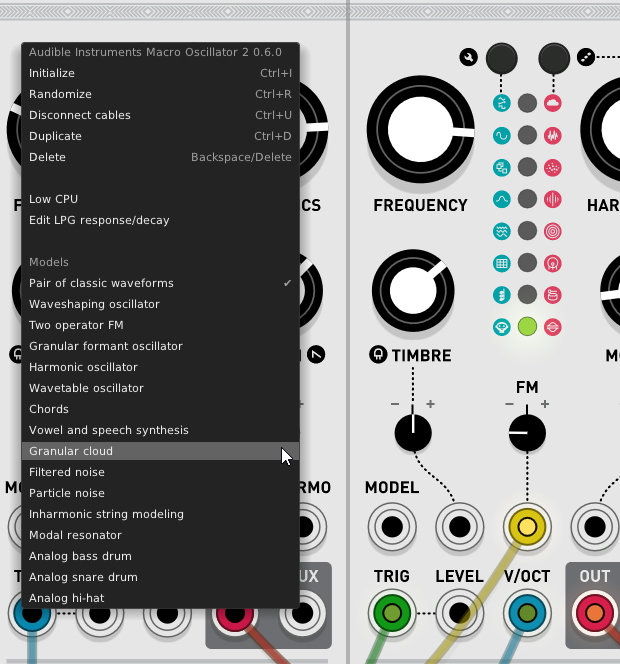 Loads and loads of models. Pop them up by right-clicking, or check the different icons on the center of the module panel.

As for Plaits hardware, here’s some more beautiful music: 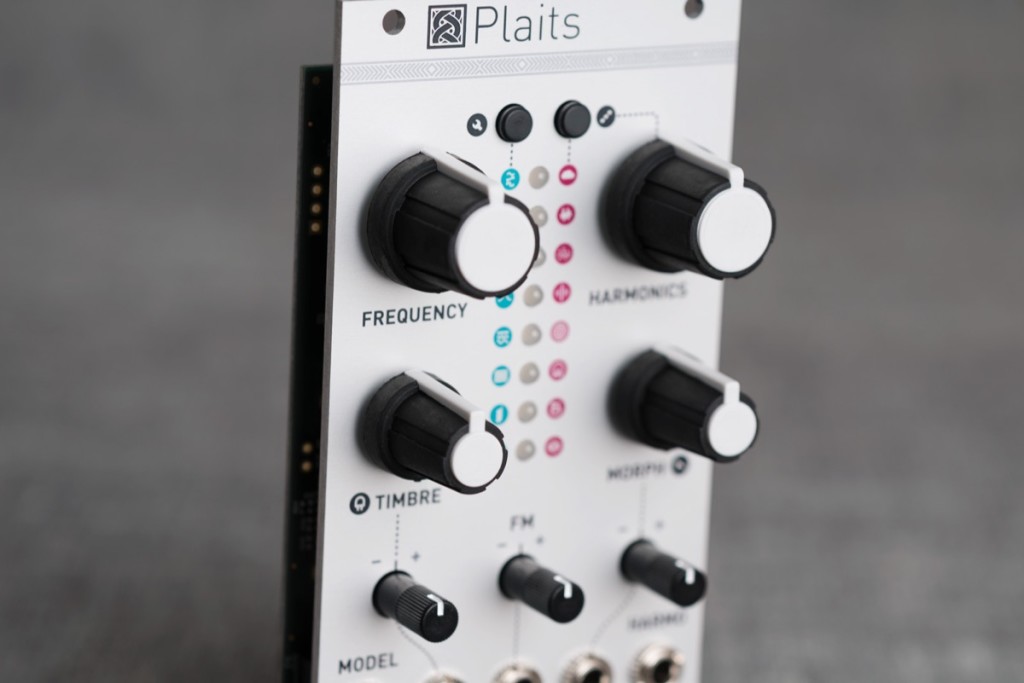 When Mutable Instruments releases a new Eurorack module, its source code is kept closed to limit the proliferation of opportunistic “DIY” clones at a time when there is a lot of demand for the module and to avoid exposing dealers to canceled pre-orders. After several months, a second production run is finished and the source code is released.

In a collaboration between VCV and Mutable Instruments, we allow you to test these new modules before their source code is publicly available with the “Audible Instruments Preview” plugin.

We don’t intend to profit from this collaboration. Instead, 80% of sales are donated to the Direct Relief (https://www.directrelief.org/) Humanitarian Medical Aid charity organization. The price exists to limit widespread distribution until each module is mature enough to be merged into Audible Instruments.

It seems more ports/previews may be coming, too, even just in the Audible Instruments preview purchase. That “preview” it sounds like in future may even include hardware before it’s released.

That’s not the only Rack news, either. VCV also have a powerful patchable parametric EQ called Parametra:

It’s $30 – so another proprietary offering that then supports development of the Rack platform.

Inside the livecoding algorave movement, and what it says about music