Everyone’s talking these days it seems about new users and finding an entry way into production. But Spitfire’s take is pretty irresistible: give you some essential sounds you can use anywhere, then charge you … nothing.

Spitfire Audio are a little bit like the “recording studio, engineers, and world-class rented orchestra” you … never had. These are exceptionally detailed sample libraries, including collaborations with Hans Zimmer and Ólafur Arnalds.

LABS is something different. Spitfire says they’re planning a series of these bite-sized sample library instruments, integrated as plug-ins for Mac and Windows / all DAWs. Since they are more focused, they’re also smaller – so we’re talking a few hundred megs instead of many gigs of content, meaning you also don’t have to think about plugging in an external drive just to install. A new build of their online tool goes and grabs them for you.

Now, just describing it, that sounds not all that exciting – plenty of sample houses offer freebies to get you hooked. But LABS’ debut two entries are something special. There’s an intimate “soft piano” that’s good enough that I temporarily got distracted for half an hour playing even on my QWERTY keyboard in Abeton before I remembered I was supposed to be doing something. It’s beautiful and delicate with loads of sounds of the piano action and … it’s sort of hard not to make some film score with it. (Plugging in a hammer action keyboard was, of course, better.) 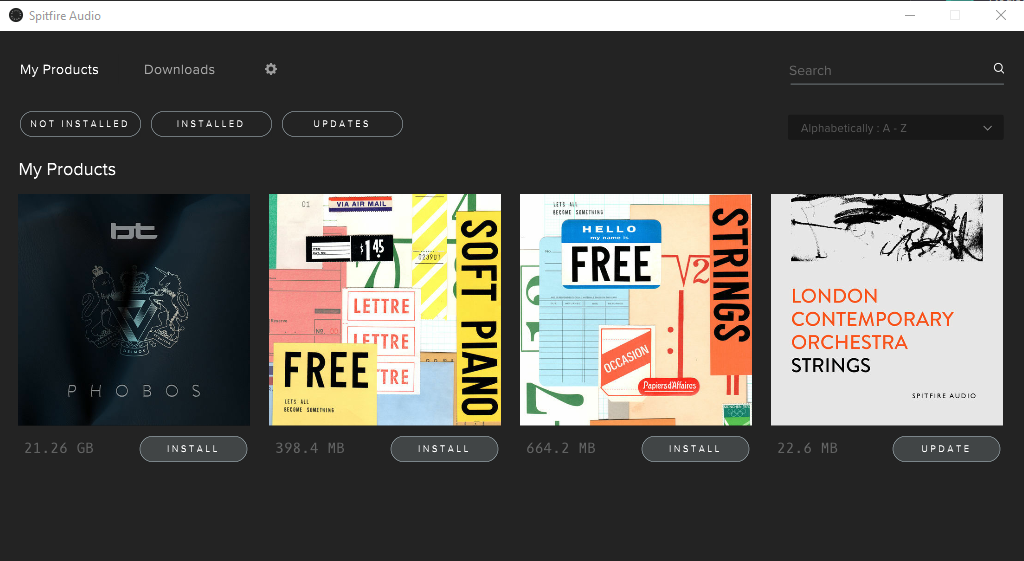 Grab those downloads … and more arrive every month. (Here seen alongside their paid libraries.)

There’s also an essentials string ensemble that covers the bread-and-butter articulations you need, exceptionally well recorded on a 40-piece ensemble.

All of this is wrapped into a minimalistic interface, made in collaboration with UsTwo – the folks who did the hit game Monument Valley. Spitfire tells me that something like six to nine months of work between them and UsTwo led to the final design. 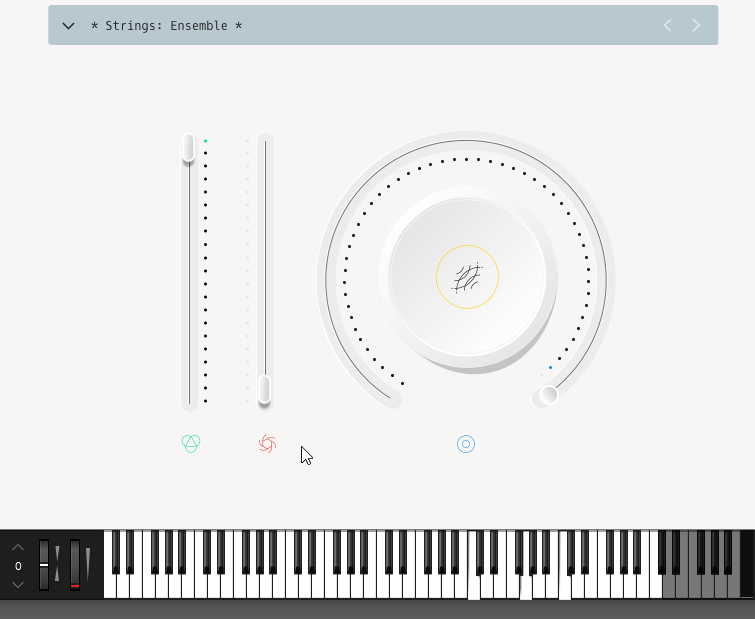 Dial in specific settings using the minimal interfaces, designed by the creators of Monument Valley. 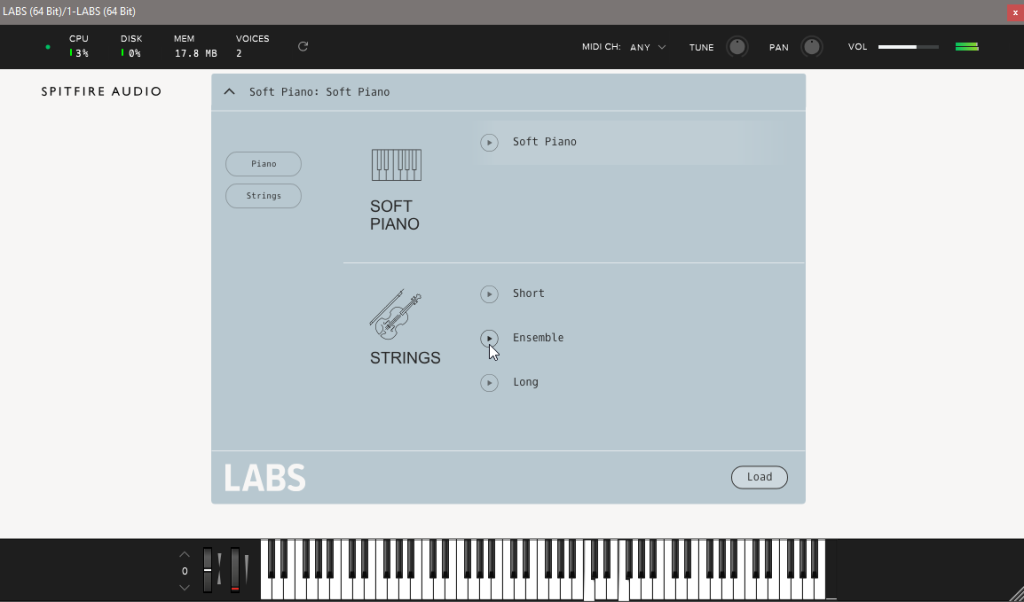 LABS has just these settings so far, but they’re already pretty engaging.

This minimalism, from sound selections to interface, almost demands experimentation. You know, there’s a reason so many keyboards have pianos at patch 00 – we’re all often imagining a piano sound or string sound in our heads. It’s just rare you get one you’d want to return to, which is what this is. And I suspect for more adventurous producers and electronic work, the perfectly-recorded, back-to-basics nature of these selections will be perfect for transformation. (So you can weave them into electronic textures, and reverse and chop them up and re-pitch them and so on – all with good source material.)

And, of course, the price is right.

LABS is part of a larger project, with more sounds coming, also for free, monthly. Spitfire promises both more of these basic starting points for new producers or musicians wanting to cover their basic ingredients (like the samples you’ll want on your internal SSD and not just the big external drive), plus a testing bed for experiments in sound design and projects they want feedback on. (It’s not a freemium model, then – it’s more like a free laboratory, rather like what I was discussing yesterday around modules in VCV Rack, but for soundware. I wonder if we’ll see this elsewhere.)

There’s also a content plan around the sounds, a notebook of projects and ideas to go with the LABS sound downloads.

It’s also nice to see soundware companies pushing to increase the value of live musicians and composers/sound designers, rather than engage in a race to the bottom. I’ve heard some real concerns around the industry about the subscription model for sounds, and whether it will do to sound designers and recording artists what Spotify and iTunes Music streaming have done to record labels – but it seems the players in this industry really are committed to finding models that do something different. (Getting into this is obviously a matter for another day.)

Here’s their statement, whether you buy into that or not:

It remains Spitfire’s ethos to use live performances where possible, but when up against time and budget, Spitfire is the next best thing. By paying the players and collaborators royalties, Spitfire Audio helps sustain an incredible part of our musical heritage at the same time as championing innovation within it.

The plug-ins are free forever, not for a limited time. We’ll be watching to see what’s next.