This is a serious Frankenstein’s monster: a DIY synth made of a 1981 Casio keyboard, an AM radio, stompboxes, and more – and held together with glue and tape.

Legowelt is somewhere between modding, circuit bending, and instrument design here, concocting a kind of wonky workstation of weirdness from the cannibalized bits of other stuff.

Essentially, it’s a Casio keyboard fed through a series of effects and circuit-bent circuitry, with a looper pedal thrown in and an AM radio as noise source. Maestro Legowelt explains: 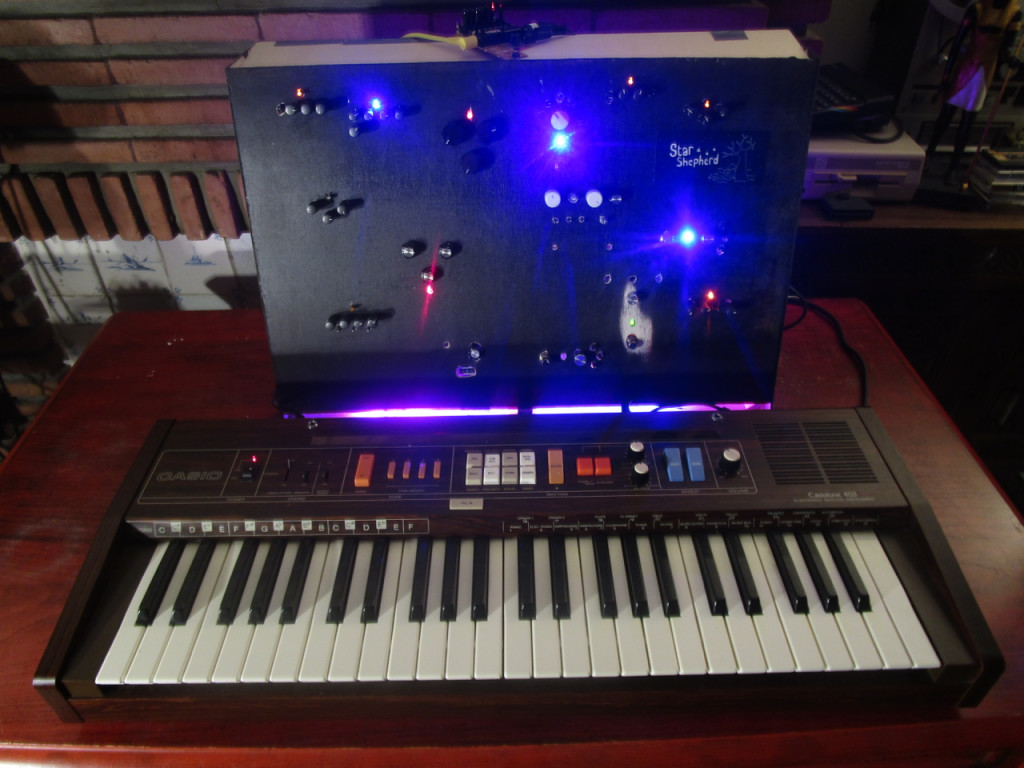 Enter the STAR SHEPHERD a synth I Build/bent/hacked/modified from old guitar pedals FX and EQ boxes, a small AM radio and a 1981 Casio 403 keyboard. The oscillator section is made out of Pitchshifter/Harmonizers/Sub Octavers and a graphic EQ pedal to create complex harmonic tones – transmorphed from the simple keyboard sounds fed by the Casio. The sound then goes through a bunch of circuitbend Analog delays, reverbs, Tremolos & Vibratos (figuring as makeshift LFO sources) and Wahwah pedals as filters. The AM radio is figuring as a random noise source. There is also a very simple keyboard style ‘sequencer’ made from a looper pedal.

The case is made out of cheap plywood and everything is held together with screws, glue and tape. There are also some LED strips pulsating from the inside for some extra intense magic.

It is very noisey, crackly and sometimes starts doing its own thing like some sentient synthesizer being that is alive. This makes it quite an adventurous experience.

It has all the spirit of electronics pioneer Reed Ghazala’s original notion of circuit bending: it’s modification of equipment as a way to “evolve” it into some organic machine life. But that AM radio alone gives it some unique and scifi sounds. It sounds like a whole studio for some rich communist-era space epic. And the formants on the filters give you the impression it’s singing to you.

Oh yeah, and there’s a painting, entitled “The Star Shepherd guiding his flock through Palm Springs”. Of course: 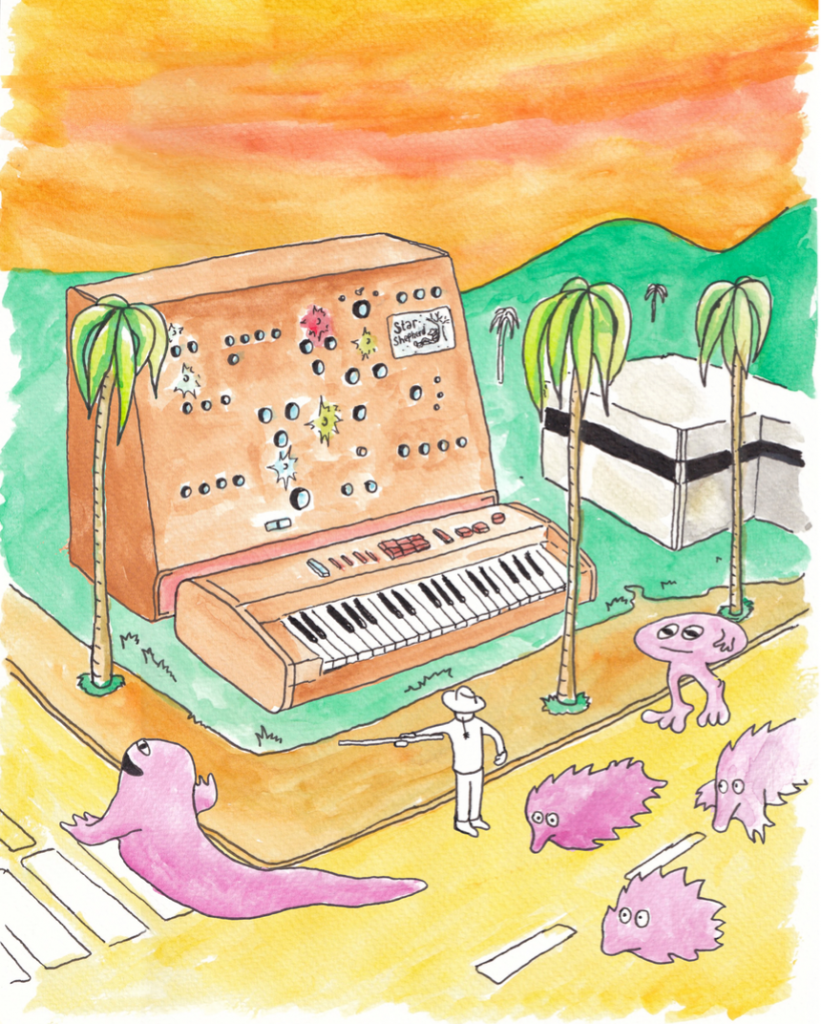 Your store-bought synth is now way too new, too generic, and involves too little taped-together assembly.

More of this on the official site, which has an impressive 1996 Web design:

synths
The very best Black Friday and Cyber Week deals on music and motion – a running list
synths
Cherry Audio added an ultra-rare Yamaha organ to their CS-80 – let’s still Doctor Who this s***
effects
Free Valhalla Supermassive 2.5 has new modes – and Max for Live wrapper is updated, too
synths
Sequential Trigon-6: hands-on sounds and impressions of the new polysynth