A great live set brews up new musical directions before your ears. It’s a burst of creativity and energy that’s distinct from what happens alone in a studio, with layers of process. From Liverpool (Madeline T Hall) and Moscow (Nikita Zabelin x Xandr.vasiliev), here are two fine examples to take you into the weekend.

Acid-tinged synths unfold over this brilliant half hour from M T Hall (pictured, top), at a party hosted earlier this year by HMT Liverpool x Cartier 4 Everyone:

I love that this set feels so organic and colors outside the lines, without ever losing forward drive or focus. It organically morphs from timbre to timbre, genre to genre. So just when it seems like it’s just going to be a straight-ahead acid set (that’s not actually a 303, by the way, it seems), it proceeds to perpetually surprise.

I think people are afraid to create contrast in live sets, but each shift here feels intentioned and confident, and so the result is – you won’t mistake this for someone else’s set.

Check out her artist site; she’s got a wildly diverse set of creative endeavors, including immersive drawing and sound performances, and work as an artist covering sculpture, sound, video and installation. (Madeleine, if you’re reading this, hope we can feature your work in more depth! I just can’t wait to release this particular set first!)

Darker (well, and redder, thanks to the lighting), but related in its free-flowing machine explorations, we’ve got another set from Moscow from this month:

This is connected for me, though. Dark as it is, the duo isn’t overly serious – weird and whimsical sounds still bubble out of the shadows. And it shows that grooves and free-form sections can intermix successfully. I got to play after this duo in St. Petersburg and you really do get the sense of open improvisation. 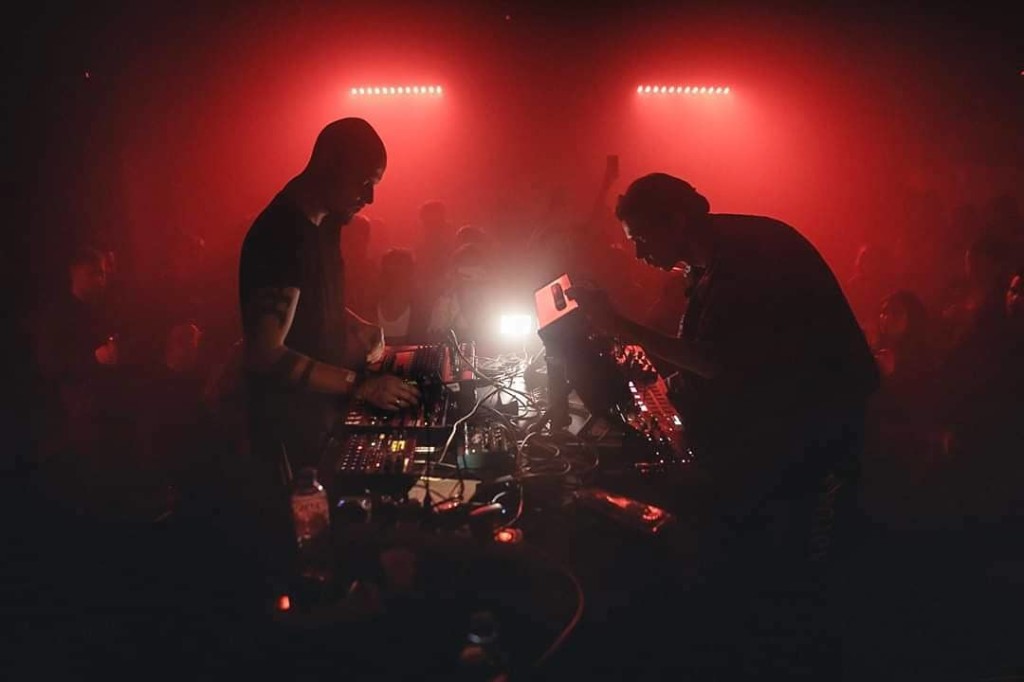 Facing off at Moscow’s Pluton.

xandr aka Alexander has a bunch more here:

That inspires me for the coming days. Have a good weekend, everybody.

The taste of music: listen to LJ Rich talk about synesthesia