Akai tipped their hand late last year that they were moving more toward live performance. With APC Live hardware leaked and in the wild, maybe it’s time to take another look. MPC software improvements might interest you with or without new hardware.

MPC 2.3 software dropped mid-November. We missed talking about it at the time. But now that we’re (speculating, unofficially) that Akai is releasing new hardware based around the APC at some point in some form, it puts this update in a new light. Background on that:

Whether or not the leaked APC Live hardware appeals to you, Akai are clearly moving their software in some new directions – which is relevant whatever hardware you choose. We don’t yet know if the MPC Live hardware will get access to the APC Live’s Matrix Mode, but it seems a reasonable bet some if not all of the APC Live features are bound for MPC Live, too.

And while we don’t know what the alleged APC Live would look like if it shipped, or even what to make of the FCC documentation exactly, we know for sure what MPC 2.3 looks like – since it’s been shipping for a couple of months.

And MPC 2.3 added major new live performance features, as well as significant internal synths, to that standalone package. Having that built in means you get it even without a computer. 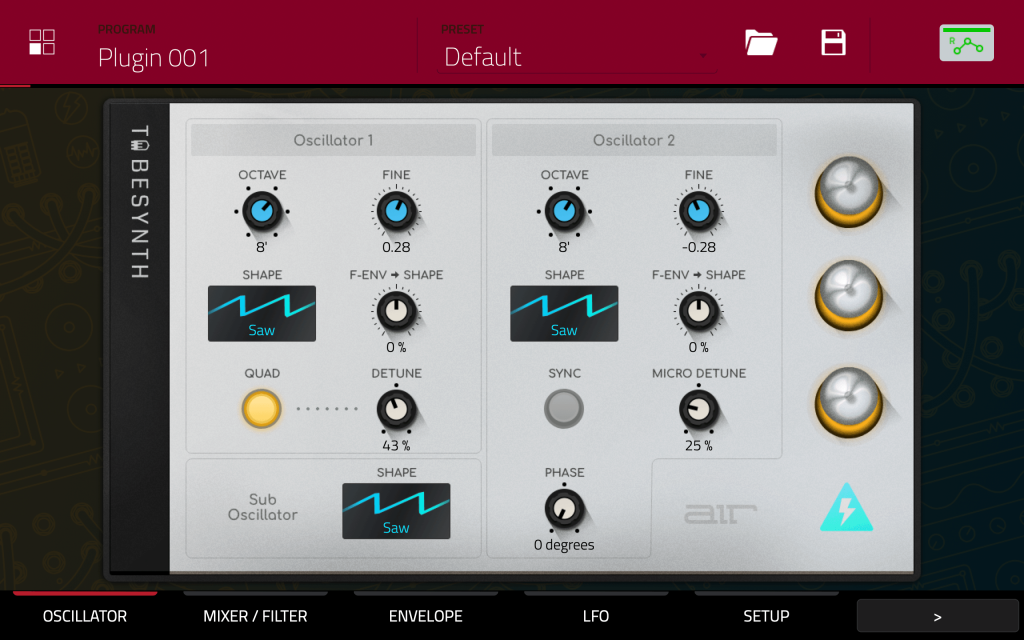 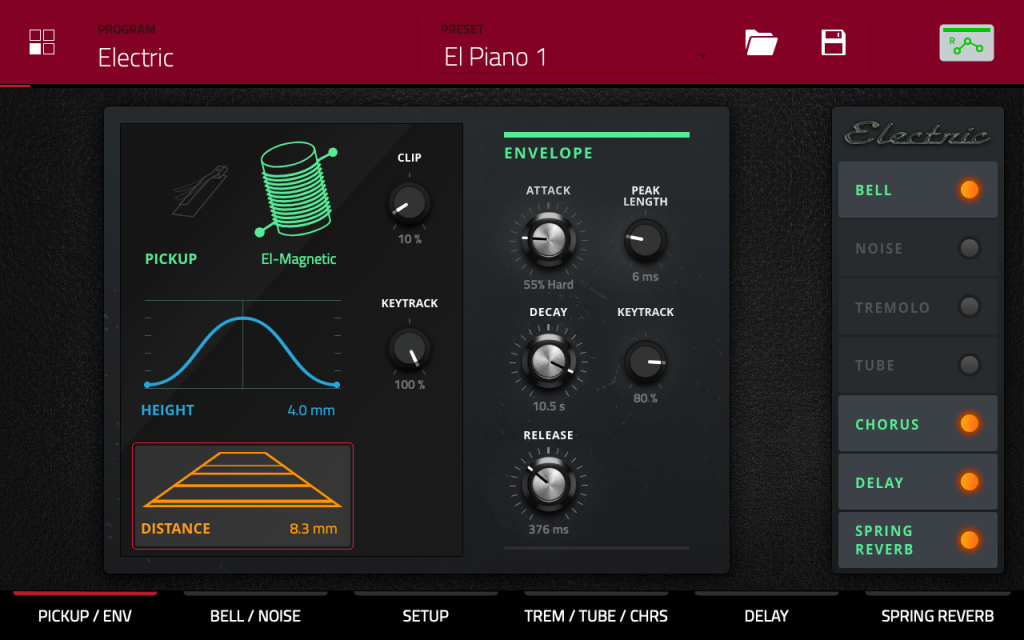 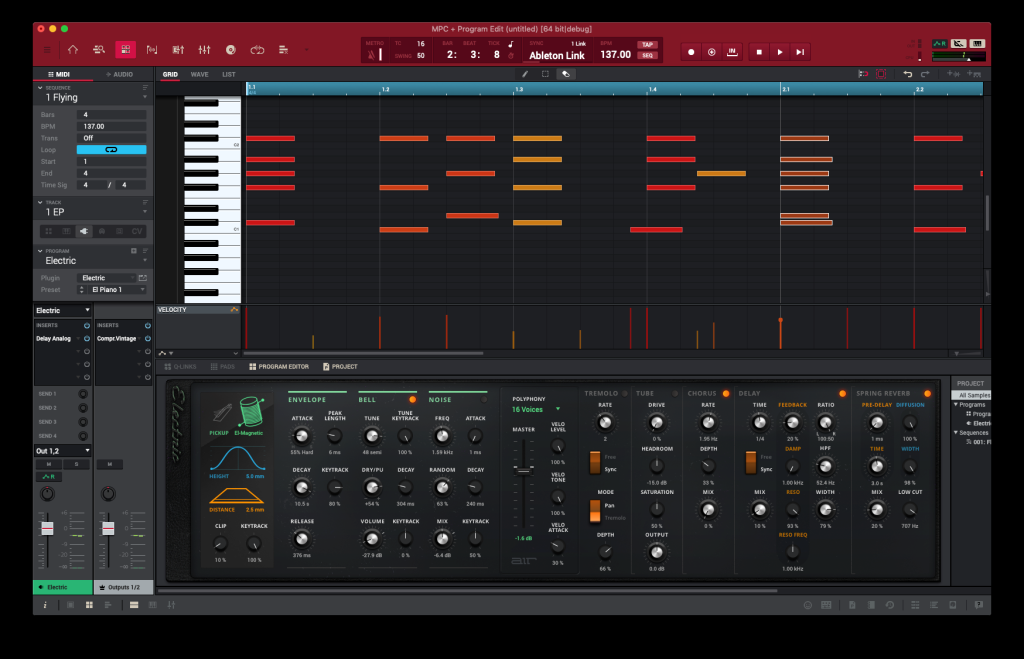 Electric inside the MPC Live environment.

As with NI’s Maschine, each of those can be played from chords and scales with the pads mode. But Maschine requires a laptop, of course – MPC Live doesn’t.

That auto-sampler looks even more relevant when you see the APC Live. On MPC Live (and by extension APC Live), you can sample external synths, sample VST plug-ins, and even capture outboard CV patches.

Of course, this is a big deal for live performance. Plug-ins won’t work in standalone mode – and can be CPU hogs, anyway – so you can conveniently capture what you’re doing. Got some big, valuable vintage gear or a modular setup you don’t to take to the gig? Same deal. And then this box gives you the thing modular instruments don’t do terribly well – saving and recalling settings – since you can record and restore those via the control voltage I/O (also found on that new APC Live). The auto-sampler is an all-in-one solution for making your performances more portable.

Full details of the 2.3 update – though I expect we’ve got even more new stuff around the corner:

With or without the APC Live, you get the picture. While Ableton and Native Instruments focus on studio production and leave you dependent on the computer, Akai’s angle is creating an integrated package you can play live with – like, onstage.

Sure enough, Akai have been picking up large acts to their MPC Live solution, too – John Mayer, Metallica, and Chvrches all got named dropped. Of those, let’s check out Chvrches – 18 minutes in, the MPC Live gets showcased nicely:

It makes sense Akai would come to rely on its own software. When Akai and Novation released their first controllers for Ableton Live, Ableton had no hardware of their own, which changed with Push. But of course even the first APC invoked the legendary MPC legacy – and Akai has for years been working on bringing desktop software functionality to the MPC name. So, while some of us (me included) first suspected a standalone APC Live might mean a collaboration with Ableton, it does make more sense that it’s a fully independent Akai-made, MPC-style tool.

It also makes sense that this means, for now, more internal functionality. (The manual reference to “plugins” in the APC Live manual that leaked probably means those internal instruments and effects.) That has more predictability as far as resource consumption, and means avoiding the licensing issues necessary and the like to run plug-ins in embedded Linux. This could change, by the way – Propellerhead’s Rack Extensions format now is easily portable to ARM processors, for example – but that’s another story. As far as VST, AU, and AAX, portability to embedded hardware is still problematic.

The upshot of this, though, is that InMusic at least has a strategy for hardware that functions on its own without a computer. Native Instruments, Ableton, and others might be working on something like that that lets you untether from the computer, but InMusic is shipping now, and they aren’t. And perhaps InMusic will soon be shipping any more.

Now the question is whether InMusic can capitalize on its MPC legacy and the affection for the MPC and APC brands and workflows – and get people to switch from other solutions.

analysis
Stable Diffusion, the slick generative AI tool, just launched and went live on GitHub
embedded
Make your own MIDI-to-CV adapter in a skull, with a 3D printer and CircuitPython
analysis
The Daily Show takes on the Black and gay origins of house music
Software
Looom for iOS makes animating like playing a musical instrument, now with major update