The answer to questions like “I just need a simple audio interface,” and “I want a compact keyboard that doesn’t suck,” along with “did I mention I’ve got almost no money?” – just got some new answers.

Native Instruments launched the new audio interfaces and the latest addition to their keyboard line as part of some grand, abstract PR idea called “for the music in you,” and said a bunch of things about starting points and ecosystems.

To cut to the chase – these are inexpensive, very mobile devices with a ton of bundled software extras that make sense for anyone on a budget, beginner or otherwise. And whereas most inexpensive stuff looks really cheap, they look pretty nice. (That holds up in person – I got a hands-on in Berlin just before NAMM.) 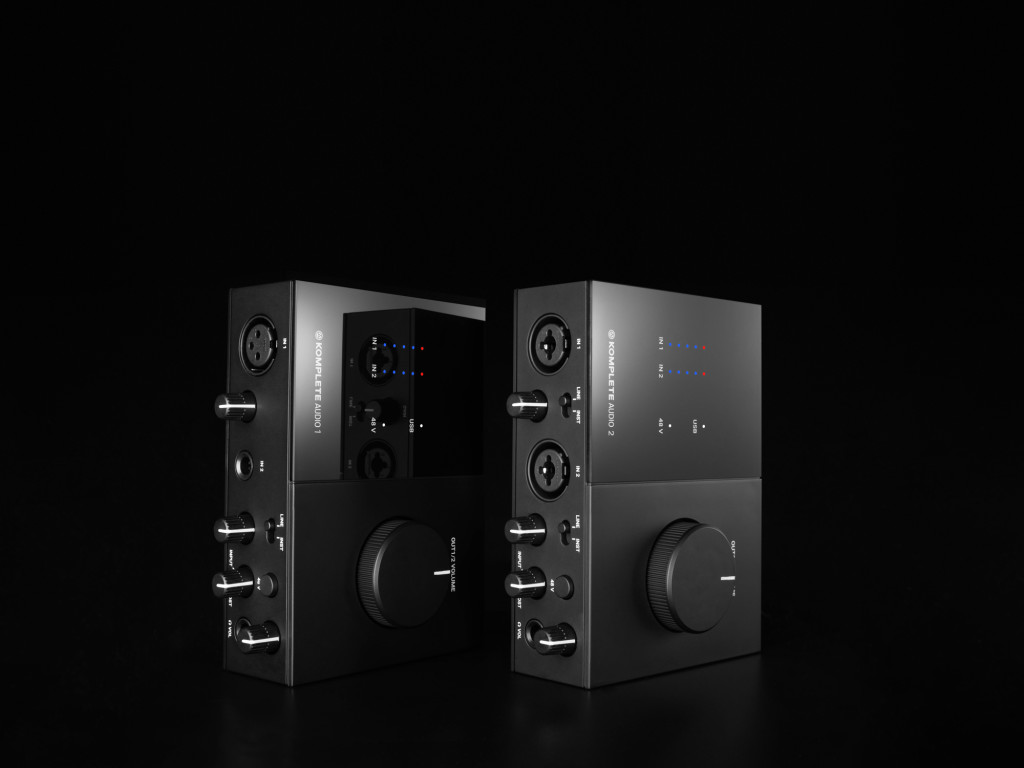 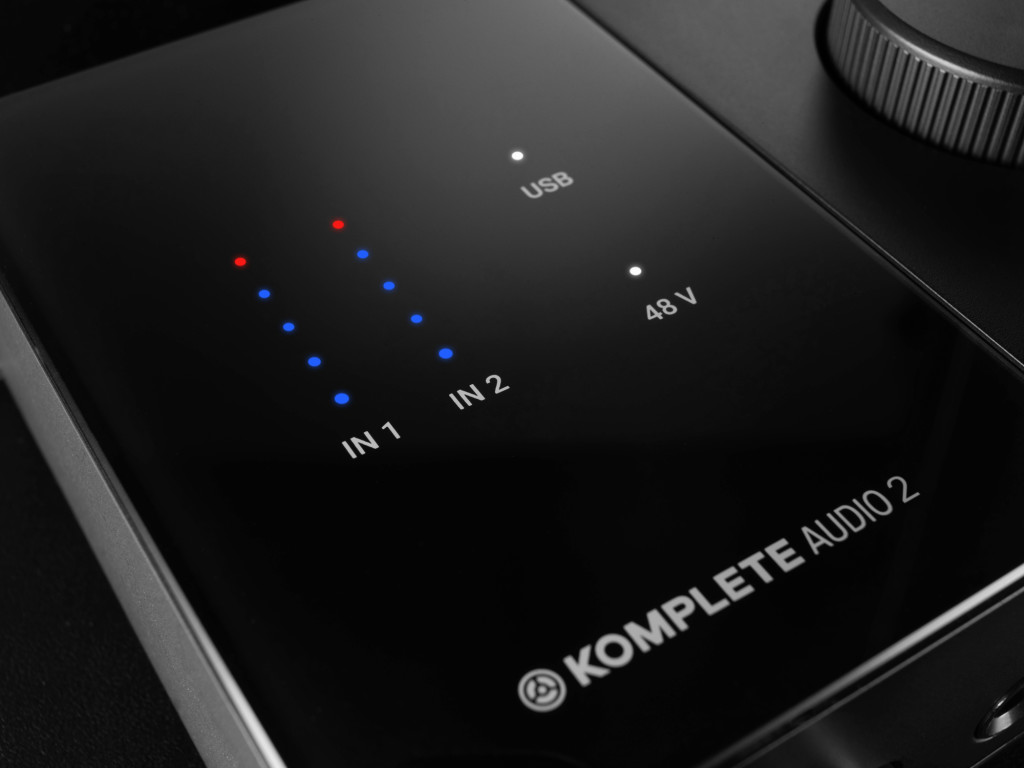 The AUDIO 1 was clearly made with the idea that singers just want one mic input (so there’s only a single XLR in), and for some reason also with RCA jacks on the back (because consumers, I suppose).

But if you spend just a little more on the AUDIO 2, you get a lot more usefulness. 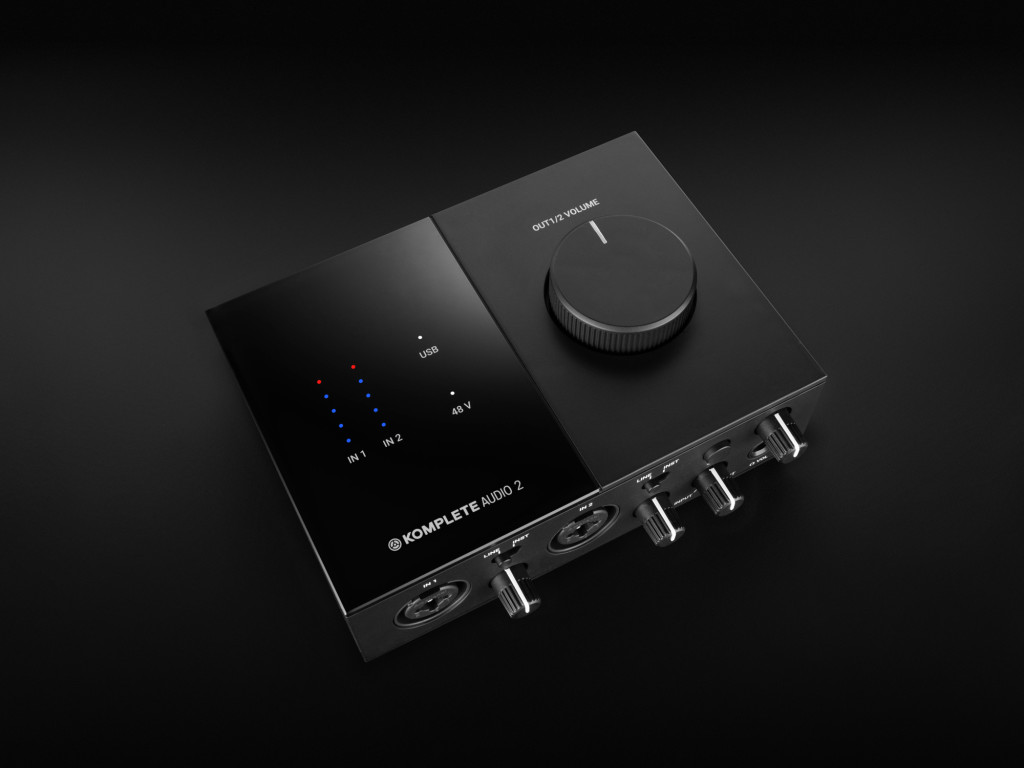 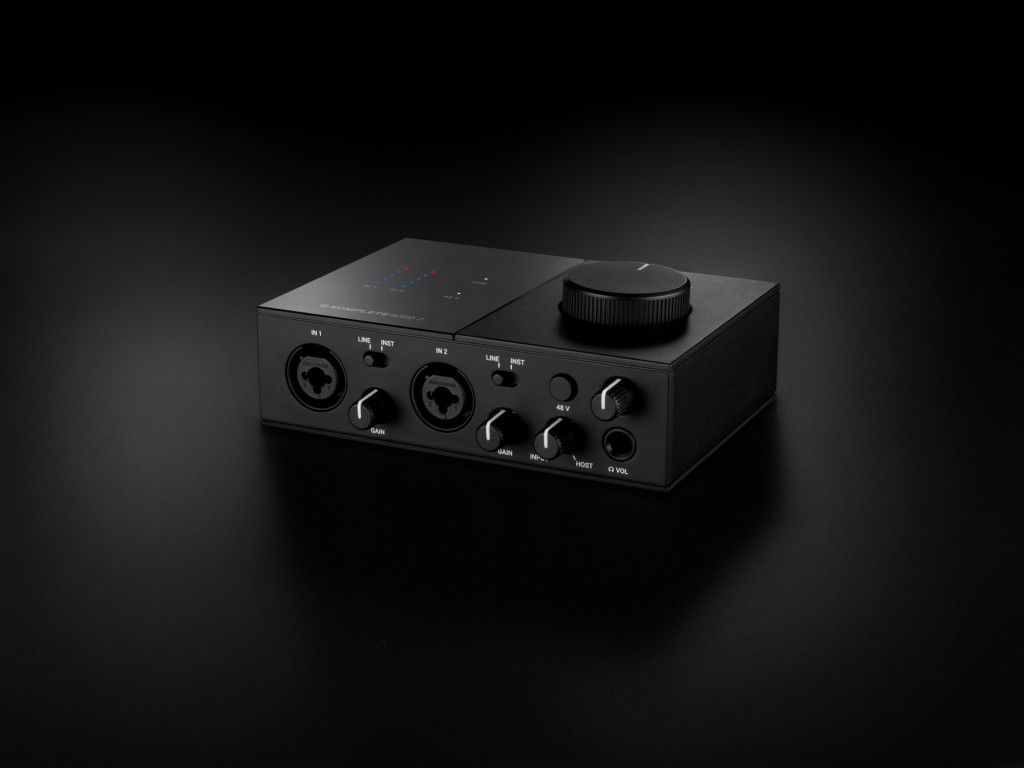 First, two inputs – both XLR/jack combo, for mics and instruments, with mic preamps and phantom power so you can use any microphone. My guess is at some point everyone wants to record two inputs rather than one. (Think line inputs, stereo instruments, a mic and an instrument… you get the point.)

And you get jack outputs instead of RCA.

If you are a beginner, you get a bunch of software to play around with. Ableton Live 10 Lite is actually a reasonable version of Live to try – only 8 tracks, but all of the core functionality of the software and many instruments and effects. There’s also MASCHINE Essentials, MONARK, REPLIKA, PHASIS, SOLID BUS COMP, and KOMPLETE START, which represents plenty of music making time.

Demerits: Well, no MIDI, if you need that – meaning the Komplete Audio 6 is still competitive even from NI. We need to wait to see if there’s an update. Also, I’ve been waiting for NI to make a DC coupled interface, which makes sense given that they themselves have touted integrating signal with a modular system (so you can route Reaktor and Reaktor Blocks together with hardware, for instance). That’s something you still can’t do on NI’s own gear. Here’s hoping for an Audio 6 to match these revisions.

If you want some sort of mobile input, there are now some wild multi-touch expressive controllers out there, like ROLI’s Seaboard Block and the Sensel Morph.

But what if you don’t want some new-fangled touch insanity? What if you just want a piano keyboard?

And you want it to be inexpensive, and fit in a backpack so you can take it with you or fit it on cramped desks?

Bad news: they’re all kind of horrible. They’re ugly, and they feel cheap. And they have extras you may not need (like drum pads, mapped to the same channel as the keyboard, begging the question why you wouldn’t just play the keys).

So I welcome the introduction of Native Instruments’ KOMPLETE KONTROL M32. This is one that I figured I needed myself the moment I saw it. (Normally, my reaction on keyboard product launches is more on the lines of – “God, please don’t make me write about another generic keyboard controller.”) 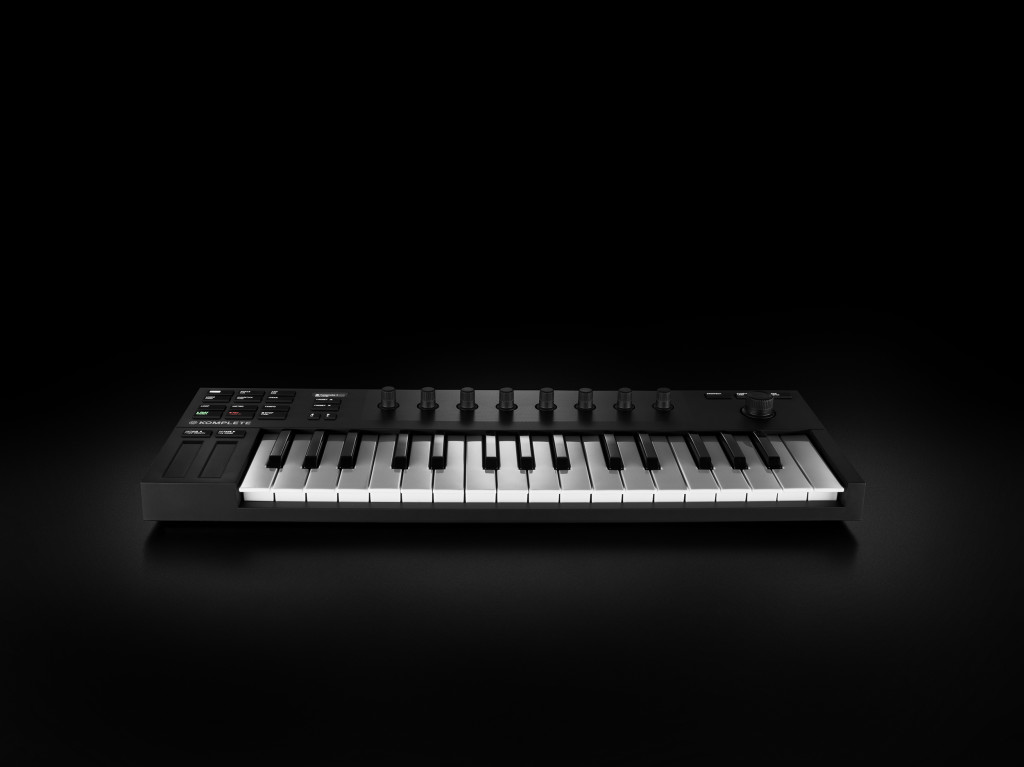 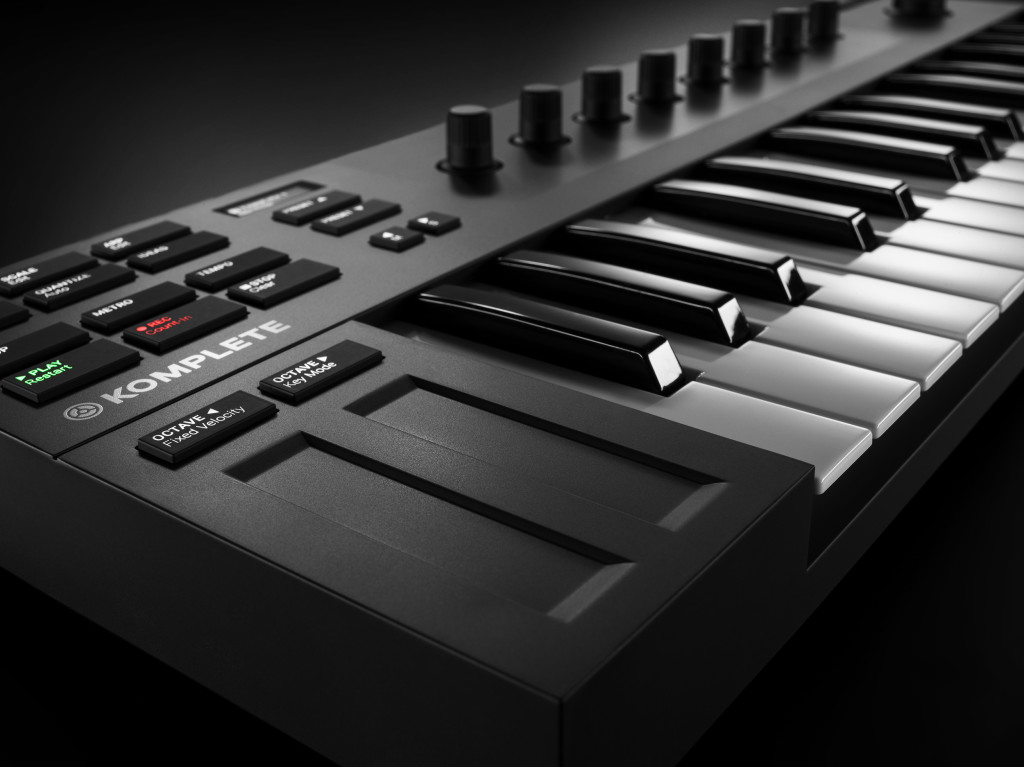 The feel is solid – a bit like some of the mini-key keyboards from Roland/Edirol a few years back. They don’t have the travel of full-sized keys, allowing this low profile, but seemed reasonably velocity sensitive.

Plus there are transport buttons and encoders, and two very usable touch strips. In software like Ableton Live and Apple Logic, these map to the usual transport features, and the encoders are assignable. In Native Instruments’ software, of course, you get the usual deep integration with parameters, browsing, and production.

The M32 will be a particularly strong companion to Maschine on the go, finally with a small footprint – something simply not possible with a 4×4 pad layout, much as I love it.

Speaking of Maschine – this is the full Maschine software. There’s a smaller sound bank, but even that is still 1.5GB. So when they say “Maschine Essentials,” they’re practically giving Maschine away. The other extras I mentioned above are slick, too – Reaktor Prism alone you could lose weeks or months in. Monark is a gorgeous Minimoog emulation with realistic filters and some sound design twists not on the original.

And it’s just US$129 (119 EUR). So it looks twice as expensive, but is actually cheaper than a lot of other options out there.

But here’s the bottom line: this is only compact keyboard at any price that feels good or looks good, it’s still only just over a hundred bucks, and the “beginners” bundle is likely to please advanced users for months.

You should also consider: Arturia’s KeyStep. It’s also a slim keybed keyboard, and it’s got some significant advantages over NI’s keyboard. The main thing is standalone operation, which works well with the built-in step sequencer – so whereas the NI keyboard is just a paperweight when it’s disconnected from a computer, the Arturia will run on its own step sequencing hardware, making for a nice portable sequencing solution with gear. Plus the KeyStep has aftertouch in addition to the touch strips, and I/O both for MIDI and CV.

The tradeoff – and it’s a big one – is you don’t get the transport controls and encoders the NI keyboard offers. So for programming software synths, NI is the clear winner. For working with hardware, Arturia wins by default – but I’d love to see them expand the KeyStep with a “KeyStep Pro” with these expanded feaures, the way they did with the BeatStep Pro.

For now, the difference is big enough that you can probably easily make up your mind depending on use case.

Roland has registered the 303, 808 designs as trademarks