What if Novation put everything great about their recent analog and digital synths into one keyboard? That appears to be exactly what Summit is – and it looks like a show stealer.

The information is leaking via German media through a couple of print and online outlets (Beat and delemar.de so far, with the Facebook post of the latter picked up by Gearnews. Oh, and, uh… there’s an image sitting around on Novation’s site.

And it’s too good to sit on this time. 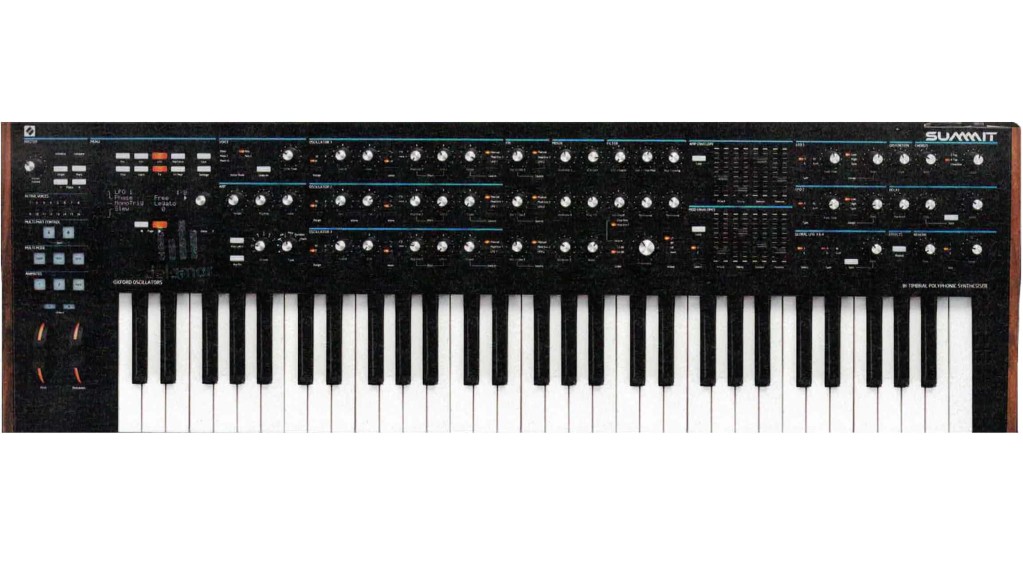 Okay, so why all those keys? Think performance – layers and splits and dual mode and that powerful chord/arp/pattern business, all at your fingertips.

Times like this I miss writing for Keyboard in print. But I’ll let you figure the rest from photos. And be sure we’ll head to that booth – I’m glad I’m bringing a couple of friends, as maybe then we can do four- or six-hand performance on this for you, provided Novation are bringing a working unit.

2200 EUR appears to be the price – and while that’s nothing to sneeze at, it’s tough to get this much bang and hands-on control for your buck any other way.

Oh yeah, and this does mean a shot across the bow of a certain rival manufacturer who has been posting “what-if” scenarios and random images. It appears Novation has done the actual engineering to finish a product here. But Novation’s coup here may be packing all the sound and modulation controls of a polysynth up front without having an overwhelming layout. No vintage instrument pulled that off – so instead of repeating the past, they’ve come up with a new design.

More when we talk to Novation Thursday.

(Bass Station 2.5 is also in this leaked image, but that we’ve seen already. It’s still cool.)

Of course, this is a leak so – all bets are off until we get official information.

And now your German word of the day is stimmig. 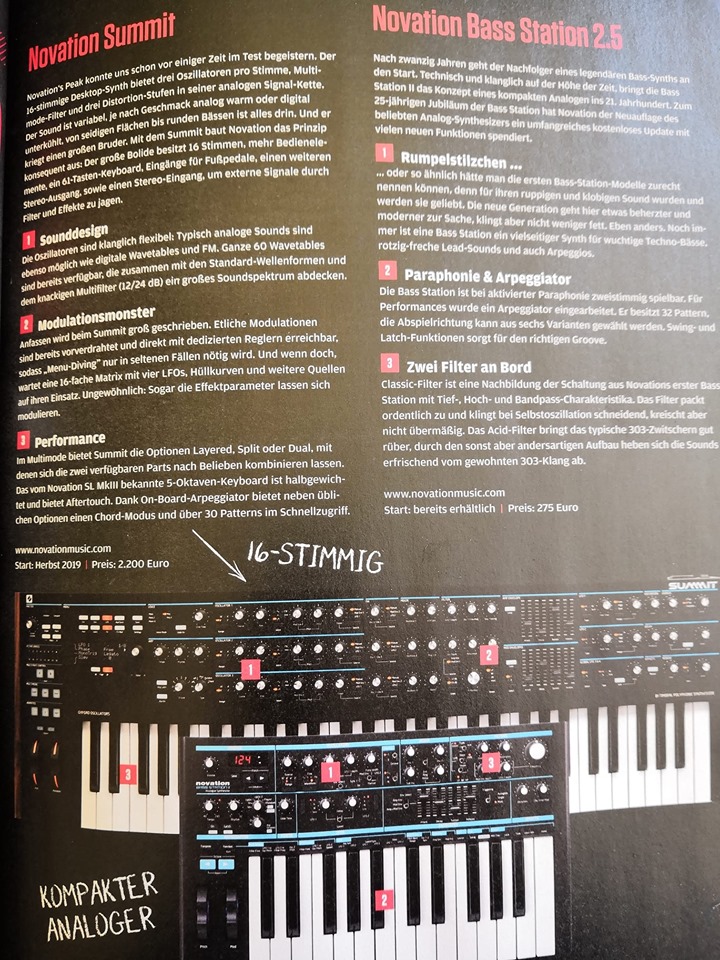 Novation Peak was a megahit at Superbooth, and it seems the gang from the UK have done it again.

analogHardwarekeyboardspolysynthsSuperbooth
The Oberheim OB-X8 is a beast – here are more sounds from it, straight-up
analog
The best way to integrate Ableton Live and Eurorack modular – for any rig
Hardware
MIDI Polyphonic Expression has been updated with one powerful feature: better documentation
analogHardwareSuperbooth
Dreadbox’s new 200€ Dysmetria kit is an insane amount of analog groove fun