Playdate is an indie game handheld with a crank from Teenage Engineering, Panic

Playdate is a Game Boy-ish gaming handheld with a hand crank on it, wired for delivering indie and experimental games weekly. And it comes from an unlikely collaboration: Mac/iOS developer Panic with synth maker Teenage Engineering.

Yes, that svelte retro industrial look and unmistakable hand crank are the influence of prolific Swedish game house Teenage Engineering. And TE have already demonstrated their love of cranks on their synths, the OP-1 and OP-Z.

This isn’t a Teenage Engineering product, though – and here’s the even more surprising part. The handheld hardware comes from Panic, the long-time Mac and iOS developer. I’ve been a Panic owner over the years, having used their FTP and Web dev products early on in CDM’s life, as did a couple of my designers, and even messing around with Mac icons obsessively back in the day.

But now Panic are publishing games – the spooky Wyoming mystery Firewatch, which has earned them some real street cred, and an upcoming thing with a goose. (Clarification: I should say publishing as these involved outside partners – they’re officially listed as “in collaboration” with those developers, though it does seem they were fairly hands-on.)

The really interesting twist here is that the “Playdate” title is a reference to games that appear weekly. And this is where I might imagine this whole thing dovetailing with music. I mean, first, music and indie games naturally go hand in hand, and from the very start of CDM, the game community have been into strange music stuff.

The obvious crossover at some point would be some unusual music games and without question some kind of music creation tool – like nanoloop or LittleGPTracker. nanoloop got its own handheld iteration recently – see below – but this would be a natural hardware platform too.

Even barring that, though, I imagine some dovetailing audiences for this. And it does look cute.

Specs:
400×240 (that’s way more resolution than the original Game Boy), black and white screen
No backlight (okay, so kind of a pain for handheld chip music performance)
Built-in speaker (a little one)
D-pad, A and B switches
USB-C connector
… and it looks like there is a headphone jack 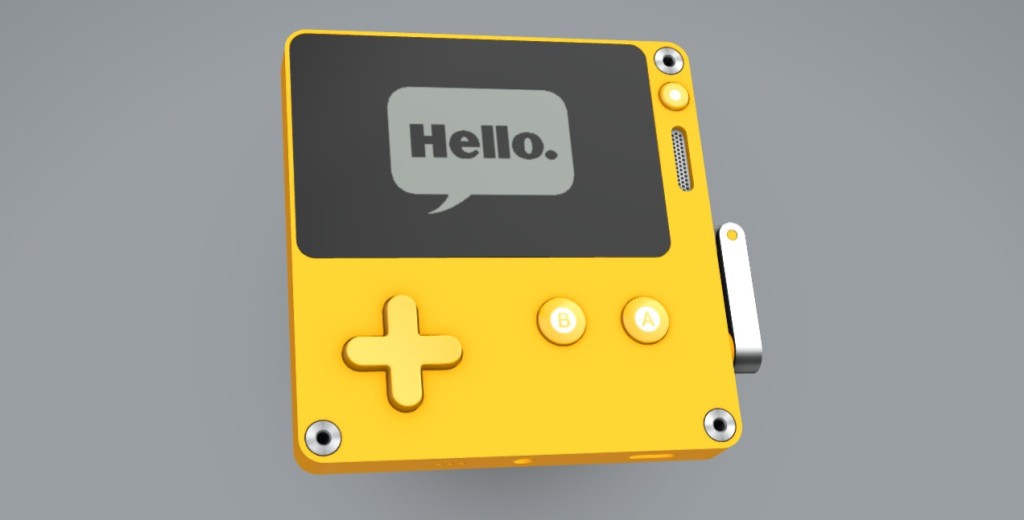 Not sure what the buttons on top and next to the display do – power and lock, maybe?

Involved game designers are tantalizing, too – and have some interesting music connections:

Bennett Foddy (QWOP, Getting Over It with Bennett Foddy, and – music lead again, he was the bassist in Cut Copy, remember them?)

This takes me back to that one time I hosted a one-button game exhibition at GDC (the game developer conference) with Kokoromi, the Montreal game collective. That has accessibility implications, too, including for music. (Flashback to their game showcase at the same time.) So there is crossover here, I mean – and intersecting interests between composers and game designers, too.

Music connections or no, it looks like a toy we’ll want to have.

EDGE, the print mag, has an exclusive – with an excerpt of that feature online: 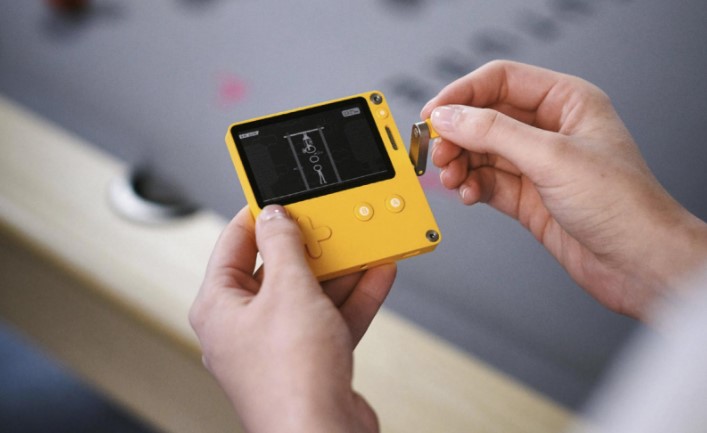 Thanks to Oliver Chesler for the tip.

Obvious marketing campaign, though only for Panic wanting to market to Americans of my age or so…

Software
The best Cyber Monday deals you can get now on synths, plug-ins, and more
Software
MadMapper 5.2 is here, with more lasers! (and DMX CSV, Xbox controllers, and Kinect)
appsSoftware
SAND hosts your iOS plug-ins, sequences them with patterns, records them
Software
The very best Black Friday and Cyber Week deals on music and motion – a running list