There’s a giant expensive cheese grater Mac and display and new versions of all Apple’s platforms. But what’s going on with iTunes? iPadOS? And what else might matter to musicians and visual artists? Here’s a round-up.

iTunes is getting split into Music, Podcasts, and TV. This you probably heard – Apple is breaking up iTunes and releasing fresh new Mac apps with more focus. That’s caused some people to panic – but don’t panic yet. Apart from the likelihood that you’ll be able to continue using iTunes for now, the new Music app may give you reason to switch – without losing existing functionality or libraries.

iTunes download sales aren’t going away. Apple made a big change when it went from the iTunes Music Store – which offered paid downloads – to the ability to stream most of its catalog in Apple Music, for a subscription fee. But that announcement was made in June 2015. Apple confirms you’ll still be able to buy downloads and access purchases in the new Music app. The music industry is still torn between the download and streaming models, but this week’s announcements don’t really change much as far as Apple. 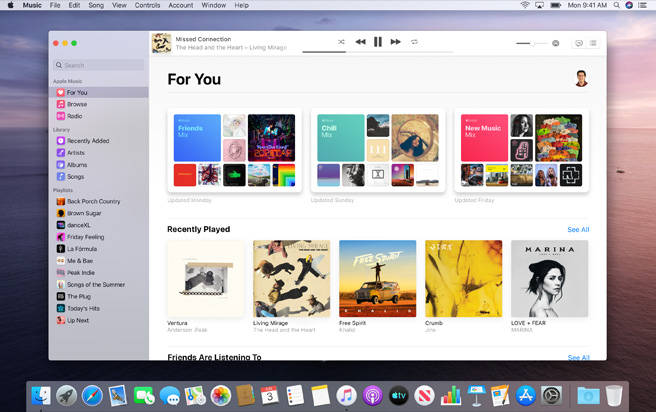 Apple Music may turn out to be more iTunes than iTunes.

Music Store is “a click away.” Here’s the thing: far from being bad news for download sales, if the Music app is cleaner and more pleasurable to use than iTunes, it could actually improve visibility of the Music Store and give a little boost to sales. You still see streaming options by default, and Apple is promoting their own recommendations. But that’s the trend with Spotify, too – it’s not necessarily good for music producers and independent music, but it’s also not news.

In fact, the real news is, Apple might be more interested in growing music revenue, not less. Here’s the thing to remember – Apple is an iPhone business ($31 billion in the second quarter of this year), but it’s also a services business. Services are what is growing, and services are what set records in the quarter Apple just reported. In fact, Services outpaced the Mac and iPad businesses in that same quarter – combined.

Killing downloads makes no sense for Apple. If anything, it makes sense for them to find ways to grow music purchases. Basically, Apple cares about music revenue just as musicians care about it – even if Apple’s goal is to get a bite of that, uh, fruit.

Music appears to do what iTunes did. All the major playlist, library management, and sync and conversion features of iTunes appear to be coming to the new Music app, too. It reportedly will even burn CDs, a feature dating back to the early iTunes “Rip, Mix, Burn” days. Apple also says you’ll see updated Library pages and easier typing to find what you want, plus a refreshed player. (9to5mac called it weeks ago.)

Ars Technica got some clarification of this. The main thing is, you can import your existing library without losing anything. And you’ll sync in the file system (which makes more sense, frankly). Apple Music may turn out to be more iTunes than iTunes.

Answers to some of your iTunes questions: Old libraries, Windows, and more

Devices are now in the Finder, not iTunes. Sync, backup, update, restore in Finder, plus get cloud sync options – rather than digging around iTunes.

Music may even work with your DJ software. Many DJs currently manage libraries in iTunes, then sync with desktop software like Rekordbox, TRAKTOR, and Serato. We don’t have a specific answer on how this will work – specifically, if something like the current iTunes XML format for metadata will be available. But the fact that the new Music app syncs using Finder, in the file system, is encouraging. Watch this space for more information.

It’s not clear what happens to iTunes on Windows going forward. If you think iTunes on the Mac is due for a refresh, you should see the clunky Windows port. Since Apple is making “Apple Music” part of macOS, and building as it always does with native tools, it’s unclear what Windows users will get going forward. Given the new sync stuff is all tied to the file system, this gets even murkier.

In the same Ars piece, Apple confirmed they’re keeping iTunes for Windows for now. But that goes without saying – otherwise Apple would break their music product for a huge number of their users – and still doesn’t answer the future situation. 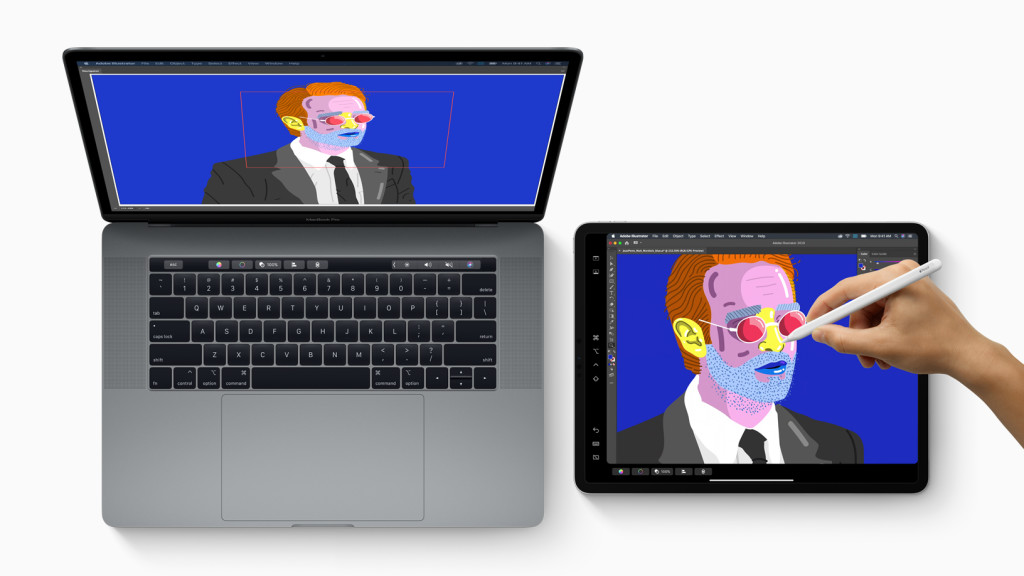 Sidecar looks very cool – for everything from sketching and drawing to a new gestural input method and shortcuts.

Apple’s Sidecar will make it easier to use your iPad with your Mac. It’s what Duet Display already does – and that app was made by ex-Apple engineers – but Apple is promising native integration of the iPad as a second display, plus support for Apple Pencil. I’ll keep using Duet on my Windows machie, but I’m betting the Apple-native integration will dominate on the Mac. Sidecar also does more than Duet ever did – with additional gestures, inserting sketches into apps, modifiers for pro apps, and native developer support.

(So far, of pro apps, Final Cut Pro, Motion, and Illustrator are listed – though not Logic, in case you think of a way of sketching into your music arrangements.)

Zoom a second display. Independent second monitor zoom should come in very handy in multi-monitor editing of both video and music.

Uh, this might break some drivers. I’ll quote Apple’s documentation here: “Previously many hardware peripherals and sophisticated features needed to run their code directly within macOS using kernel extensions, or kexts. Now these programs run separately from the operating system, just like any other app, so they can’t affect macOS if something goes wrong.” Obviously, we’ll need to check in on compatibility of audio drivers and copy protection for audio software.

Sophisticated voice control. Apple is significantly developing everyone’s “Tea, Earl Gray, Hot” Star Trek voice command fantasies with new, more accurate, more powerful, more integrated lower-latency voice control. There’s no sign yet to how this might get used in pro audio or visual apps, but you can bet someone is thinking about it.

QuickTime gets an update. It’s probably been since the days of the long-lamented QuickTime Pro 7 that we got QuickTime application features to write how about. But there are some compelling new features – turn a folder of images into a motion sequence in any format (yes!), open a more powerful Movie Inspector, and show accurate Timecode, plus export transparency in ProRes 4444.

Snapshots with restore. I’ve long complained that macOS lacks the snapshot features of Windows – which let you easily roll back your system to a state before you, like, screwed something up. There’s now “Restore from snapshot.” Apple only mentions third-party software, but it seems recent file system changes will mean this should also work with ill-behaved OS updates from Apple, too. (Yes, sometimes even Apple tech can go wrong.)

Apple not only announced major updates to iOS in iOS 13, but also a new more pro-focused iPadOS.

Expect more sharing between macOS and iOS/iPadOS development AudioUnit is listed as a shared framework allowing developers to target Mac and iOS with a single SDK. You can also expect AV frameworks like Core Audio, and other media and 3D tools. Of course, that was always the vision Apple had with its mobile OS – and even can trace some lineage back to early work done pre-Apple at NeXT. That said, while this SDK is appealing, many developers will continue to look elsewhere so they’re not restricted to Apple platforms, depending on their use case.

iPadOS: external storage. Finally, you can plug USB storage into your iPad and navigate the external file system – a huge boon to managing photos, video, audio recordings, and even USB sticks for DJ sets. Yes, of course, Android and all desktop OSes do this already, but it’s definitely welcome on the iPad.

iPadOS: better file management. The Files app has been updated with columns, and you can share whole folders via iCloud Drive. (Finally and … finally.)

iPadOS: ‘desktop’-style browser. Apple says you get something more like the desktop Safari on your iPad – so you can use more sites and you get a download manager.

iPadOS: mouse support. This is an accessibility feature, but the combination of touch and mouse will be useful to everyone – like so many accessibility features. I expect it’ll also make working with tools like Cubasis way more fun. Basically, your external mouse or trackpad gets to behave like a very accurate finger. It’s not a desktop mouse so much as it is a way to access touch via the mouse:

So, on mouse support… Apple made clear to me it is an ACCESSIBILITY FEATURE first and foremost. Meant for users who literally cannot access their devices without a mouse, joystick, whatnot. As @stroughtonsmith found, it’s in AssistiveTouch menu.