Indie Game as Visualist Event: As the Deadline Nears, One Button Inspires

Games as culture, as event, as art with a lowercase ‘a’ – real, active, evolving, sometimes-commercial, sometimes-experimental art – are finally beginning to grab hold. There’s a real scene. It’s a scene that’s interconnected with the ‘visualist’ scene we describe here on CDMotion, somewhere at the nexus of club visuals, gaming, interactive art, and improvising with screens. And if you want to follow that scene, one particularly delicious event is the annual Gamma game competition. Embracing ideas like incorporating sound and 3D glasses, Gamma is a celebration of the craft of the independent game maker, with results that sit between curated art happening and a game challenge with reality show intensity.

Even watching the games in progress, unfinished is good fun. As early as January 13, the Indie Games blog was able to a round-up of upcoming entries. (No pressure.)

More resources and background:
Gamma Reminds On Deadline For ‘One Button’ GDC 2010 Showcase

One button may suggest lo-fi analog experiences, but Michael Todd responds with gorgeous, soaring planes in the visual at top.

Cactus, the prolific and enigmatic indie game design legend, has his own trippy creation, seen below. It could easily double as a live visual performance or hypnotic musical synesthetic production.

If you want to see the creatives in action, the place to go is on the TIGForums, an independent game design community. You’ll find, for instance, minimal vector graphics that result in fantastic, glitchy bugs (scroll down). You can read the sometimes zen-like queries of the official GAMMA IV challenge discussion. 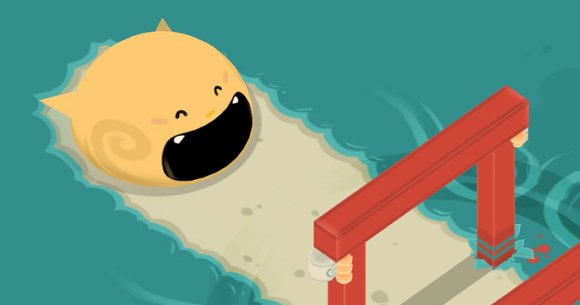 And it’s a great place to pick up tips, whether game design interests you or if you’re simply looking for ways of taking advantage of game engines for live visuals. There’s a huge set of useful links for getting started with the recently-made-free Unreal Development Kit, compiled by the developer of a game about a …time-traveling walnut?

I’ll be at the Game Developer Conference with the Kokoromi folks, whose work led to the wonderful 3D Hypercube seen below. This crew is an endless source of inspiration, and you can count on full CDM coverage of GDC for visualists and sound lovers in March.

And if you are thinking of entering GAMMA, get cracking. The deadline is midnight California time January 31.