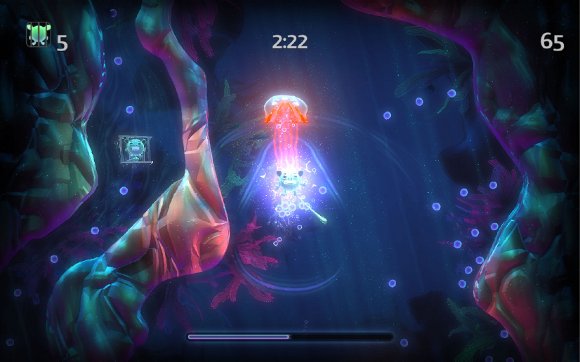 Unreal Engine 3, by way of the Unreal Development Kit, is now available free for non-commercial use. That means that not only are its capabilities for games accessible, but all sorts of other possibilities for art, visualization, and, yes, live visuals. Unreal is scriptable, customizable, and powerful, making this pretty massive news. The feature list is deep as you might expect. Among the highlights:

Networking support means that adding OpenSoundControl messages or other integration with performers and music and visual performance tools is equally possible.

With the free release of the UDK, Epic is also releasing additional documentation, like the full source code for the sample Whizzle game, seen here.

The license is fairly liberal. It’s not remotely open source — any modification to the engine itself is prohibited. On the other hand, even as an advocate for open source, there really isn’t anything in the open source domain quite like this. That doesn’t necessarily mean Unreal Engine is your best choice for every project, but if you really want a full-blown engine — with all of the AI and graphics eye candy and whiz-bang features — without paying some massive license fee, the UDK stands out. True, you can’t reverse-engineer anything, but the appeal here I suspect would be having all of these hard tasks done for you. Commercial licenses are reasonable, too, starting at US$99.

If you do want open source, though, you can get a previous-generation engine in the form of the Quake 3 project. And for live visuals, that might be more than sufficient. Other options would be looking at open-source game frameworks like OGRE and jMonkeyEngine. For experimental work, sometimes having less in the engine can be useful.

But that doesn’t take away from this being big news. It’ll be interesting to see if folks in the performance and creative communities give this a go. And for independent game developers, it’s utterly huge.

Thanks to Orubasarot for the tip!

Updated: The awesome Unity 3D has a free license, announced on Halloween, as noted by a number of readers and Blender Nation. It’s “free as in beer,” not open source, as is Unreal Engine. But Unity is also built on open source technology (Mono, which gives it its cross-platform savvy and elegant coding), and integrates with tightly free tools (Blender). The good news is, you can use Unity for commercial projects as well as free ones. And Unity is especially modern and artist-friendly, a favorite toolkit for many of those working with 3D engines for the first time. The bad news is, in exchange for the commercial capabilities, the free license does not include all the capabilities – most notably for us, video is missing. Then again, it’s free to try out and evaluate, and if you do need to grow, you may decide to pony up for that commercial license. Anyone with some Unity experience, I’d love to cover this (and Unreal) for CDM; get in touch.

Commercial and free projects alike, it’s an insanely good time to be a developer in the 3D and gaming worlds. Business in the game industry may be sagging and you may get a lot less sleep as an artist, but we do really have some great gifts on the tech side. 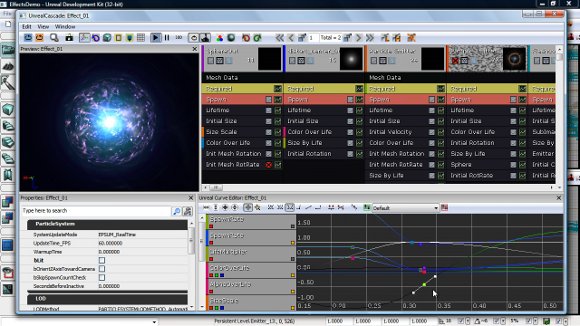 A Gramophone that Plays the Earth Instead of Vinyl, and a Sonic iPhone Epidemic

Software
The best Cyber Monday deals you can get now on synths, plug-ins, and more
Software
MadMapper 5.2 is here, with more lasers! (and DMX CSV, Xbox controllers, and Kinect)
Software
SAND hosts your iOS plug-ins, sequences them with patterns, records them
freeSoftware
The very best Black Friday and Cyber Week deals on music and motion – a running list