The art of modeling at a handful of the best software shops continues to progress. And so it is that Universal Audio say they’ve simulated every tiny detail, “from speaker paper and heat dissipation, to filter caps and transformers,” of one of the world’s best-known amplifiers – the Fender Tweed. It’s the cranked sound of Neil Young; it’s the clear lead of Larry Carlton. It’s a lot of other things. It’s now on a computer, too.

Universal Audio this week added to their stable of hardware DSP plug-ins with the 8.6 release of their software, including an emulation of the boutique Chandler Curve Bender Mastering EQ (built by the folks at Softube). The biggest news for day-to-day use is probably actually the Oxford Limiter v2, a powerful update to a fairly indispensable tool. But I figure you can set to work with those – it’s really the Fender that captures the imagination. 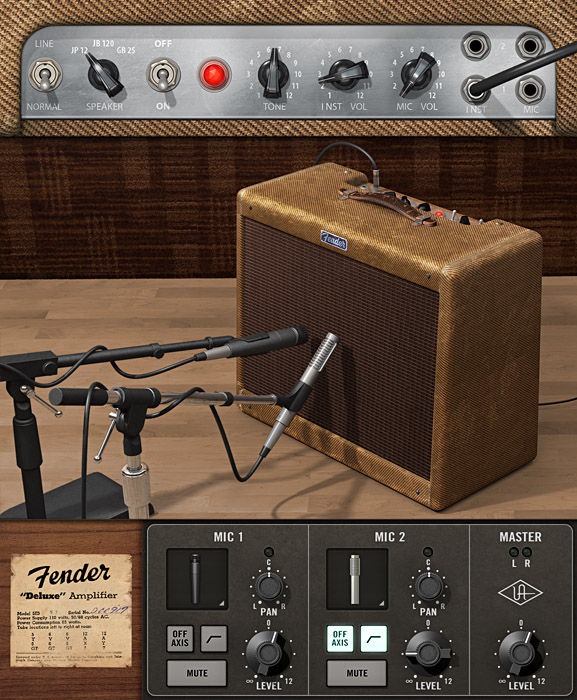 Simple controls here give you in fact a lot of sonic directions. Just changing the volume knob gives you a range of levels of tube distortion (once you drive into that area); mic choice is also closely modeled.

The design itself is Leo Fender original, from just after the War. The “’55” here means the stock, classic Tweed made in 1955 – the best-known variation of the line. You get your choice of different takes on that. A knob that exists only thanks to modeling, you’ve your choice of a 55 Jensen P12R standard, a “greenback” (25-watt) Celestion, or a JBL D120F 120-watt option, each with different tone. Beyond that, part of what makes the Tweed unique is that everything else is just volume and tone – which also makes this an interesting effect to play with creatively beyond its normal use (like adding the amp to drums or melodic parts, even).

Way back when Universal Audio first talked about the Apollo Twin, I said I thought it’d be interesting to use something like a guitar amp model. So, here we are. Using what UA call “Unison,” the audio interface works with the software model together to simulate the impedance, gain, and circuit behaviors you’d get on the original. And, in case you wondered why you weren’t just using native software for the same job, you also get near-nothing latency for tracking through the Apollo.

The software also gives you lots of choices for how you want to simulate mic placement and selection, with a model of a ’60s Beyer M 160, a Sennheiser MD 421, a modern Royer R-121, plus a vintage Neumann U 67 (that particular one apparently selected from Ocean Way Recording’s studio).

Here are some sounds:

I also asked UA’s engineers about what the modeling process was like. Forgive the simplicity of my questions, but – I’ve found talking to engineers modeling gear at different developers that these innocuous questions tend to yield very different answers, depending on the task at hand and what’s being modeled and what the design goals are.

CDM: What were some of the challenges you faced when modeling the Tweed?

UA: Since we’re talking about 60 year old guitar amps, finding a few great ones was the first challenge. Many old units that we tested looked practically brand new but didn’t have the vibe of others that had obviously seen many gigs and sessions. In fact, the one we based the sonics off has a giant rip and comb over in the tweed. But, on the inside, it was completely stock right down to the original speaker.

What was the toughest to model, as far as sound characteristics?

It’s a non-linear emulation in every way. Each section of the tweed Deluxe, from the preamp, power amp and speaker was its own algorithm. It’s the unique way they interact that makes or breaks the sound, but more importantly the feel of the amp model, so that took a bit of added focus.

What did you use as sources while working on modeling / what was the process for developing this plug-in?
There was a large battery of exclusive audio tests done on the real hardware and model. Since it’s a guitar amp, the most critical became the interaction with several industry standard guitar types and playing styles. Just like the 60 year old hardware, our model had to be just as dynamic to the touch when playing jazz on a hollow-body, country on a Telecaster, rock and pop on a Les Paul, Stratocaster, etc. One special area of development became the speaker and microphone interaction, as we had to develop a dynamic method in DSP that goes outside the common “static” convolution method most models use.

And that’s all I’ve got to say. Mostly in that I’m leaving for the studio to play with the 8.6 software on some tracks, and probably use the Tweed for something it wasn’t intended to do, because… well, I don’t color inside the lines, normally. If you have a look at this – or if you’re a Tweed owner, or have another emulation you’re interested in – we’d love to hear from you.

And here’s a look at the other stuff also included in 8.6:

The Chandler EQ is also an interesting choice – vintage-tinged, but new boutique, another authorized model. (That seems to be the trend for hardware makers: sell once in physical form, sell the license to a software vendor to make, too.) 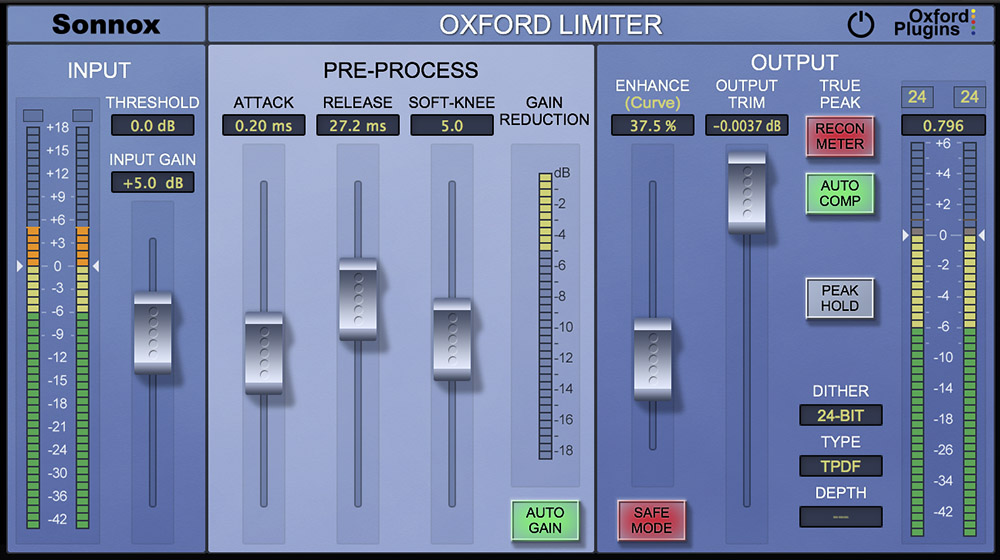 The Oxford Limiter is an essential; it gets a major refresh here.

Lords of Synth is an epic parody from Adult Swim

McDonald’s in the Netherlands lets you DJ with your placemat