Belief Defect is a duo from two known techno artists, minus their usual identities, with a full-length out on Raster (the label formerly known as Raster-Noton). It digresses from techno into aggressively crunchy left-field sonic tableau and gothic song constructions. There are some video excerpts from their stunning live debut at Berlin’s Atonal Festival, featuring visuals by OKTAform:

They’ve got analog modulars in the studio and onstage, but a whole lot of the live set’s sounds emanate from computers – and the computer pulls the live show together. That’s no less expressive or performative – on the contrary, the combination with Maschine hardware means easy access to playing percussion live and controlling parameters.

Native Instruments asked me to do an in-depth interview for the new NI Blog, to get to talk about their music. The full interview:

Belief Defect on their Maschine and Reaktor modular rig [blog.native-instruments.com]

They’ve got a diverse setup: modular gear across two studios, Bitwig Studio running some stems (and useful in the studio for interfacing with modulars), a Nord Drum connected via MIDI, and then one laptop running Maschine and Reaktor that ties it all together.

Here are some tips picked up from that interview and reviewing the Reaktor patch at the heart of their album and live rig: 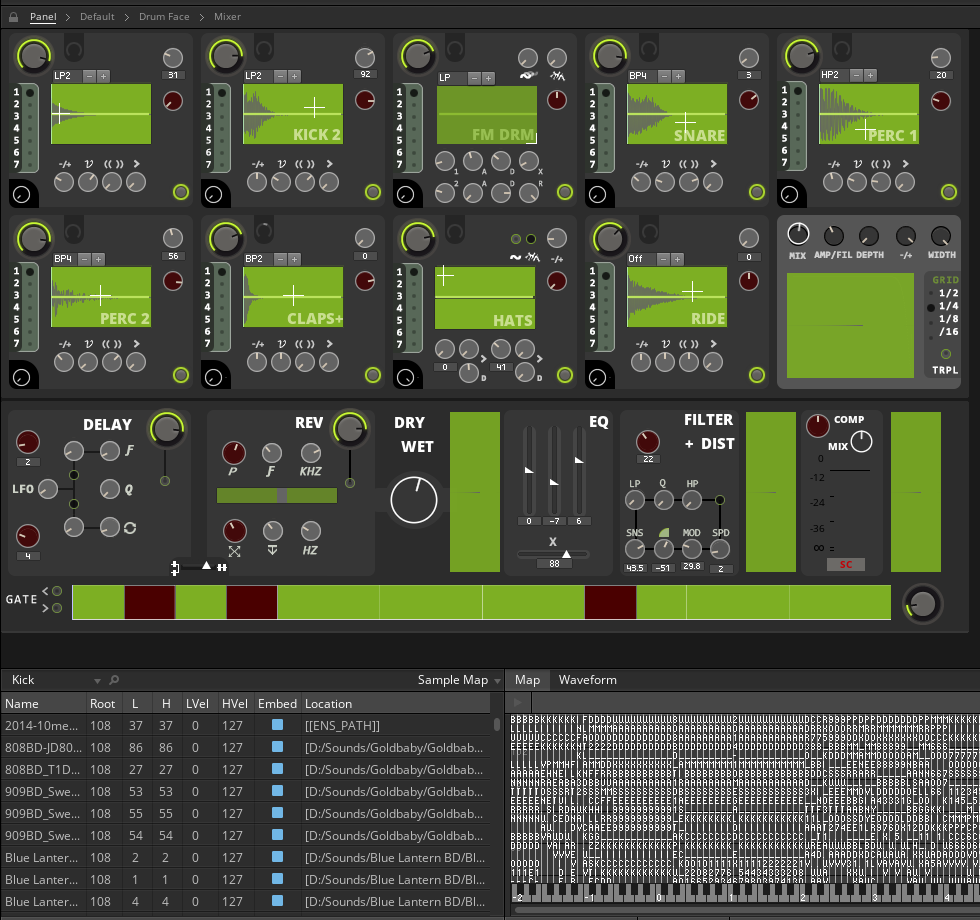 Patching together something from existing stuff to get what you want can give you a tool that gets used and reused. In this case, Belief Defect used some familiar Reaktor ensemble bits to produce their versatile drum kit and effects combo. 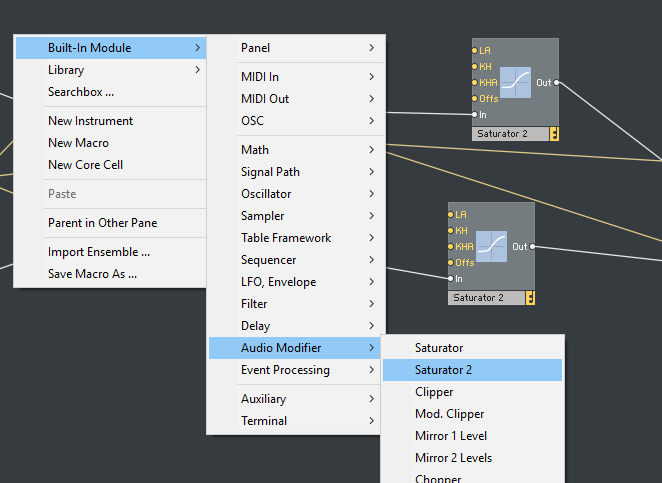 Don’t overlook the simple. A lot of the sound of Belief Defect is clever, economical use of the distinctive sound of delay, reverb, filter, and distortion. The distortion, for instance, is the sound of Reaktor’s built-in Saturator 2 module, which is routed after the filter. I suspect that’s not accidental – by not overcomplicating layers of effects, it frees up the artists to use their ears, focus on their source material, and dial in just the sound they want.

And remember if you’re playing with the excellent Reaktor Blocks, you can always modify a module using these tried-and-true bits and pieces from the Reaktor library.

For more saturation, check out the free download they recommend, which you can drop into your Blocks modular rig, too: 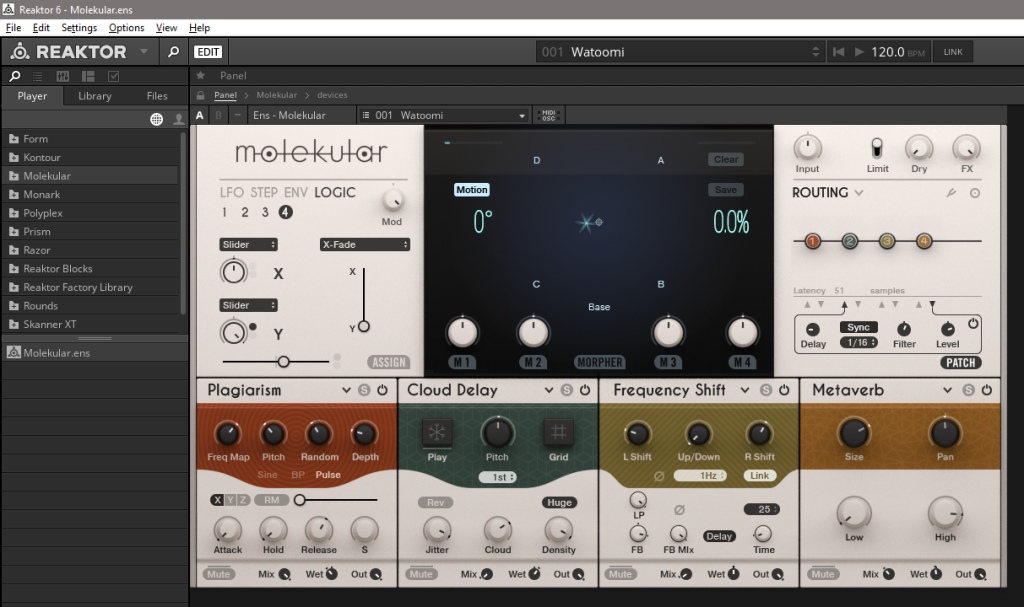 3. Check out Molekular for vocals.

Molekular is its own modular multi-effects environment. Belief Defect used it on vocals via the harmonic quantizer. And as it’s powered by Reaktor, it’s also waiting to be picked apart. Molekular is available as a separate purchase or is included as part of the Komplete Ultimate bundle (11 and later). Of course, you can also build something like this yourself in Reaktor, which might be still more fun (or use the User Library to get a start). 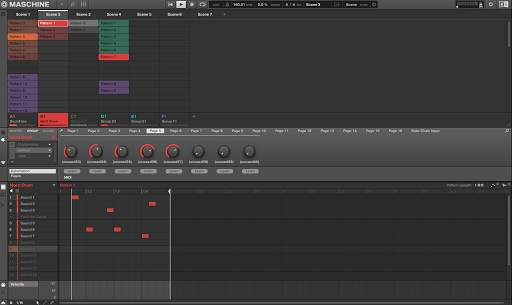 4. Maschine can act as a controller and snapshot recall for Reaktor.

One challenge I suspect for some Reaktor users is, whereas your patching and sound design process is initially all about the mouse and computer, when you play you want to get tangible. Here, Belief Defect have used Reaktor inside Maschine. Then the Maschine pads trigger drum sounds, and the encoders control parameters.

Group A on Maschine houses the Reaktor ensemble. Macro controls are mapped consistently, so that turning the third encoder always has the same result. Then Reaktor snapshots are triggered from clips, so that each track can have presets ready to go.

This is so significant, in fact, that I’ll be looking at this in some future tutorials. (Reaktor also pairs nicely with Ableton Push in the same way; I’ve done that live with Reaktor Blocks rigs. Since what you lose going virtual is hands-on control, this gets it back – and handles that preset recall that analog modulars, cough, don’t exactly do.) 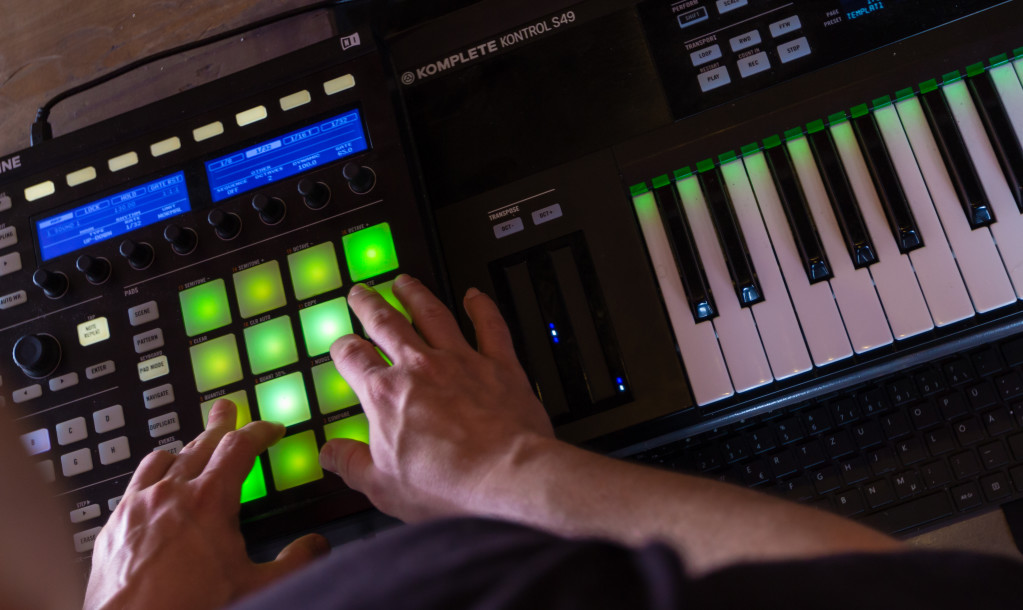 5. Maschine can also act as a bridge to hardware. 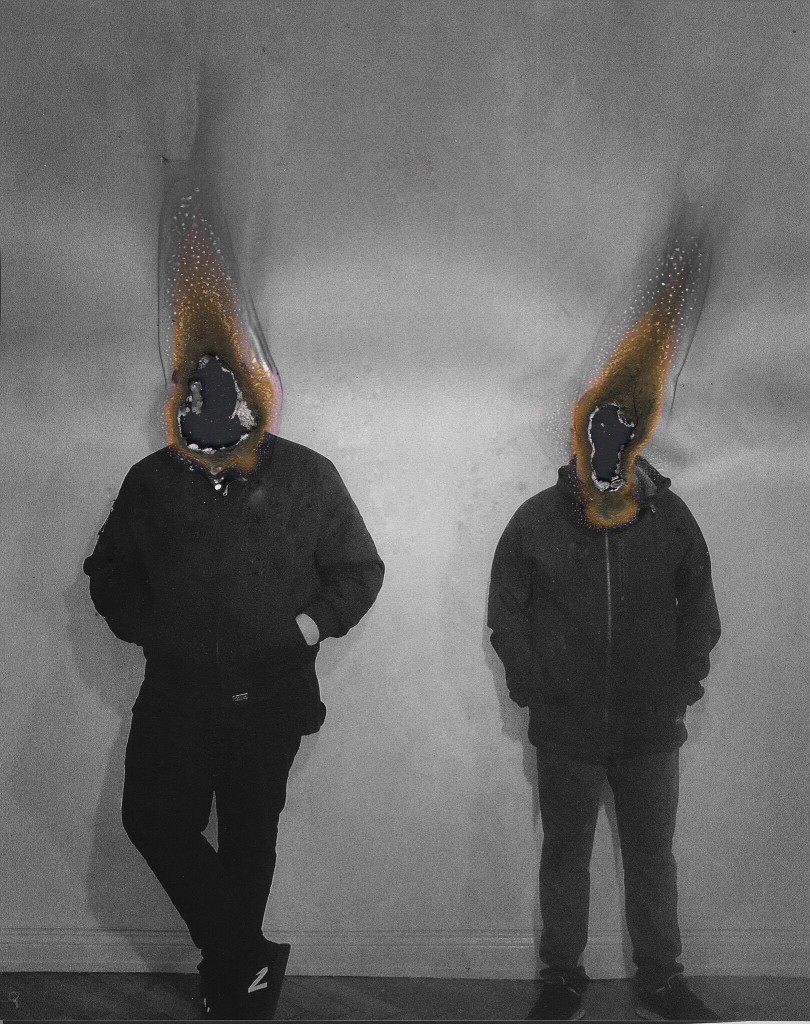 Belief Defect, the duo, in disguise. (You… might recognize them in the video, if you know them.)

Well, with an instrument, that is. By practicing with that one Reaktor ensemble, they built a coherent sound, tied the album together, and then had room to play – live and in the studio – by really making it an instrument and an extension of themselves. The drum sounds they point out lasted ten years. On the hardware side, there’s a parallel – like talking about taking their Buchla Music Easel out to work on.

Check out the full interview: 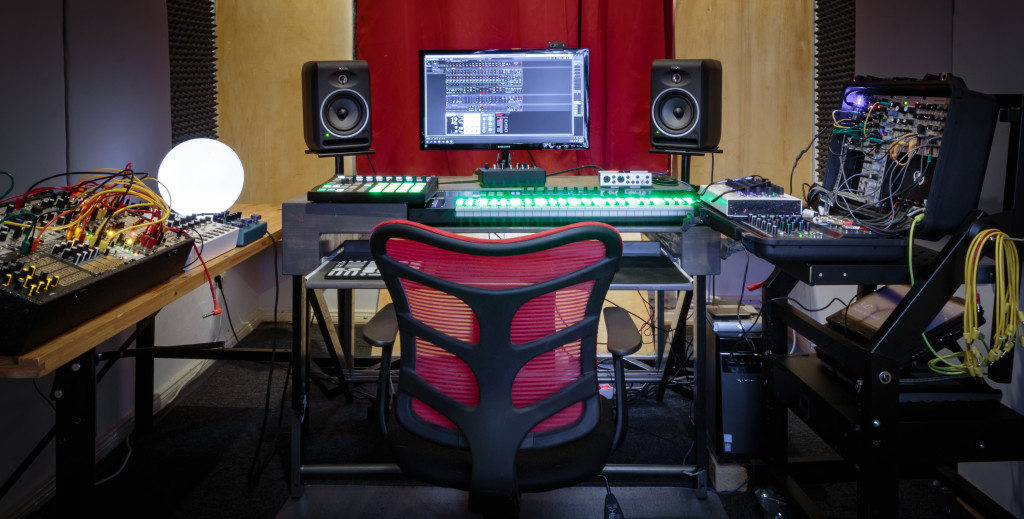 Belief Defect on their Maschine and Reaktor modular rig [blog.native-instruments.com] 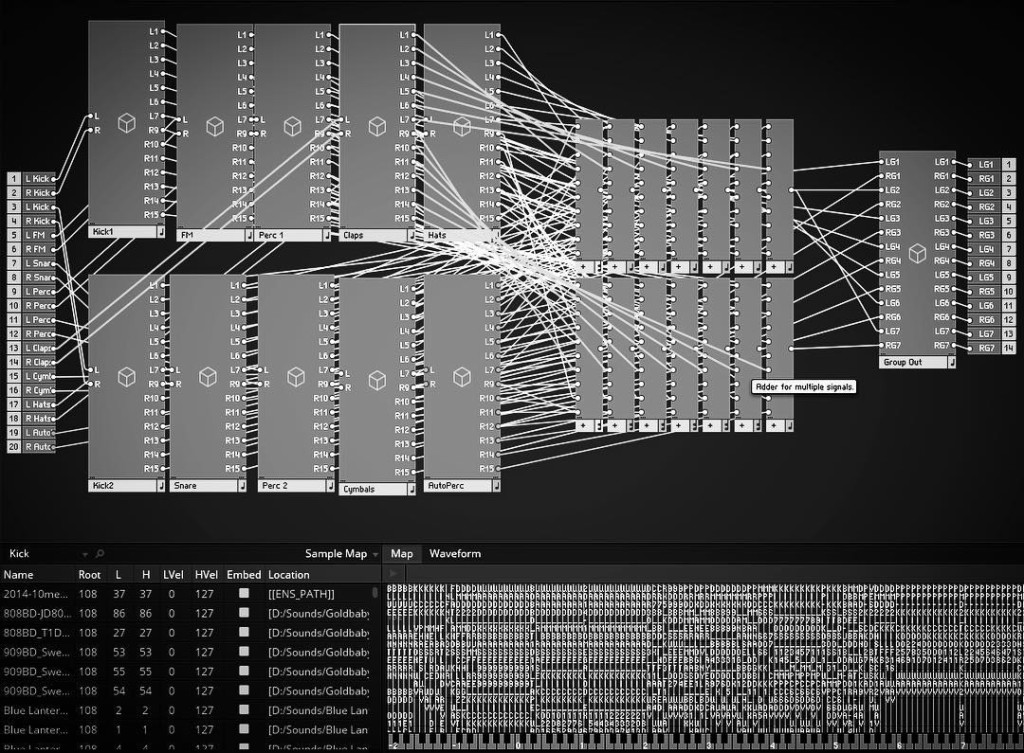 This story has been produced in partnership with Native Instruments.

Waves give you the old-school VU meter your DAW is missing, for free

modularpatching
Cherry Audio Voltage Modular software hits 1500 modules, adds exotic vintage Moog-style tools
technousa
Trace the Black roots of disco, house, and techno in videos and reading – summer school is in
Germanytechno
Hard as queer: Brutal Gegen releases and videos capture a party that’s defiant as ever
bitwig
CLAP is a new open-source plug-in format from Bitwig, u-he – do we need it, and who will use it?