Immerse yourself in Rotterdam’s sonic voltages, in the WORM laboratory

Dennis Verschoor is a mainstay of the Rotterdam experimental electronic scene, with some decades of artist experience to his name and the legendary Noodlebar performance series. Filmmaker Steve Guy Hellier joins Thonk’s Steve Grimley-Taylor to produce a short film about him and this amazing space: (thanks, Sonic State, hat tip)

I first met Dennis whilst I was in the WORM studio on an artist residency in 2017. The WORM studio is like a geological trip through electronic music’s history but I was about to travel even further back. Strange ghostly tones emanated from the old vocal booth next door, it was this space that Dennis had filled with mid 20th century audio test equipment, going back to the roots of audio electronic experiments before commercially available instruments from Moog or Roland, before keyboards, back to Stockhausen, Else Marie Pade, Daphne Oram, Raymond Scott and the like. Why now? is this the logical conclusion of Mark Fisher’s cultural hauntology? do we end up back at the source? the sound of past futures? For Dennis it seemed more a way to dodge the hipsters, and invite collaboration.

Dennis and I had a friend in common Steve Grimley-Taylor, a lover of all things electronic and sound related (founder of Thonk.co.uk). When I expressed the idea of making a film about Dennis, Richard Foster from WORM kindly agreed to let us. This is a short film about Dennis, his journey and his room.

You know what time it is, kids? It’s gear pr0n, time. Some waveform pics to get your Friday night started right. 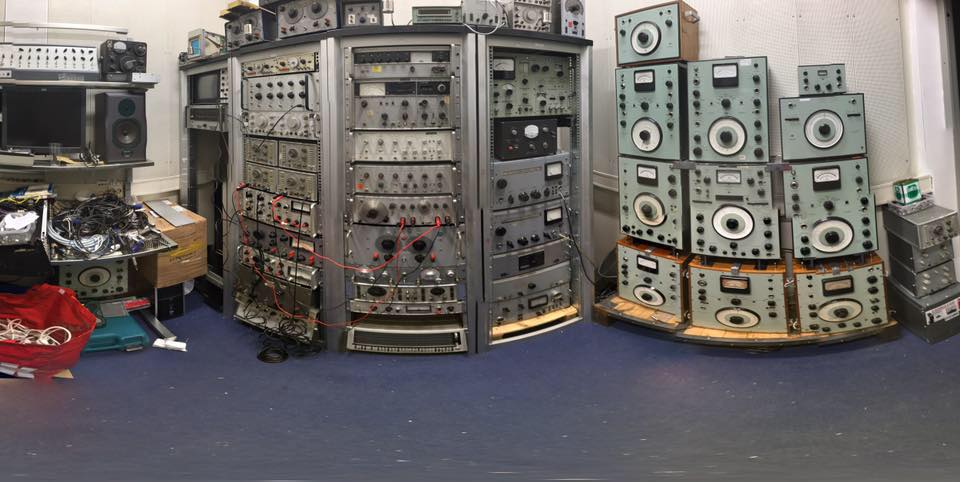 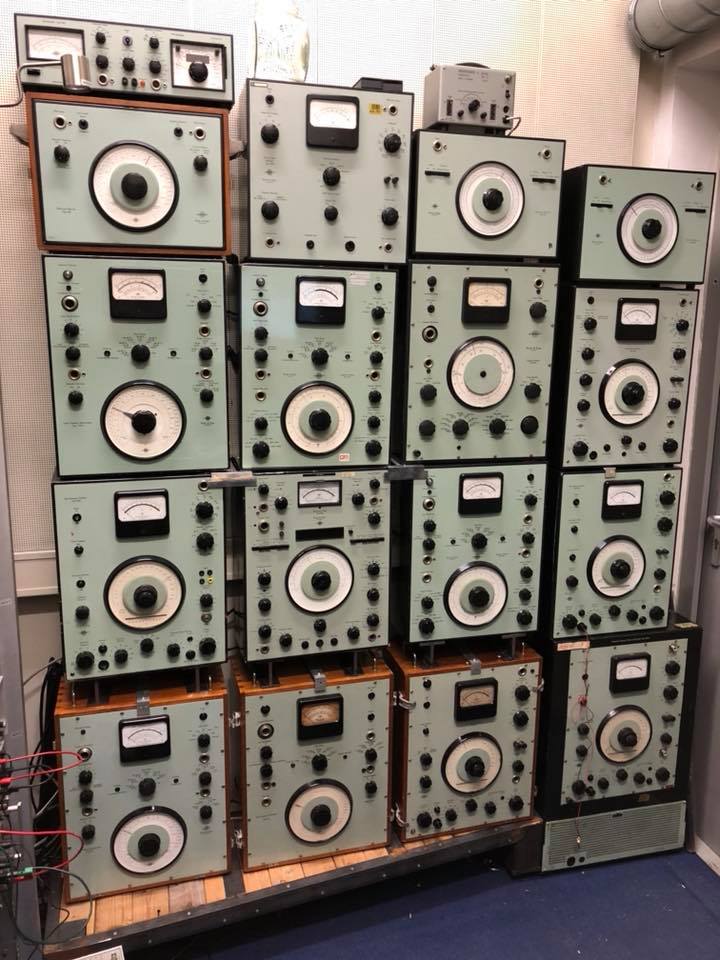 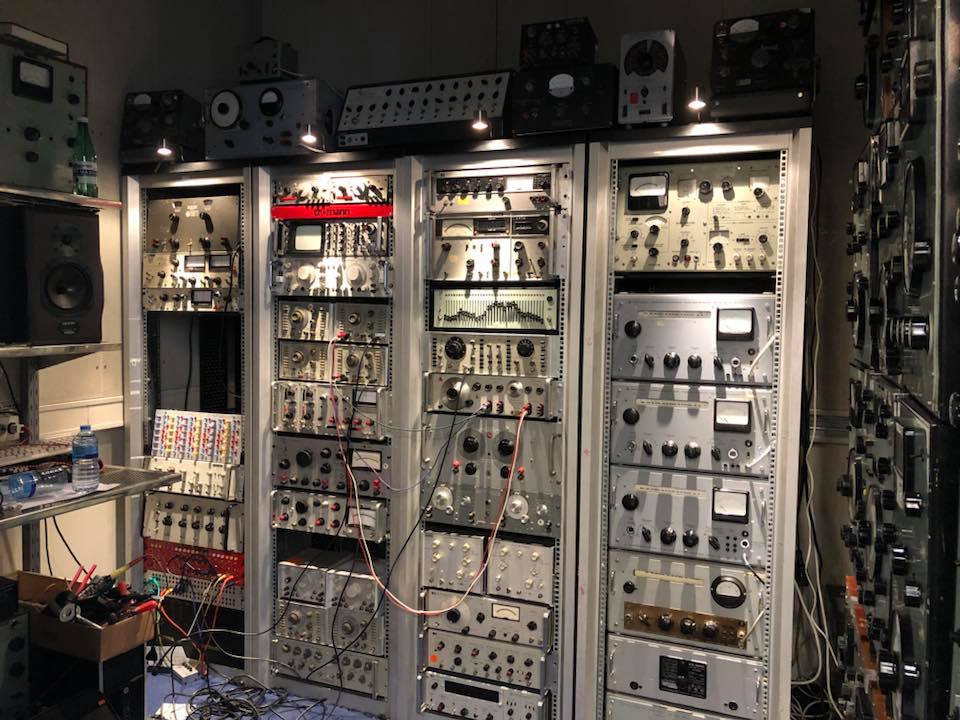 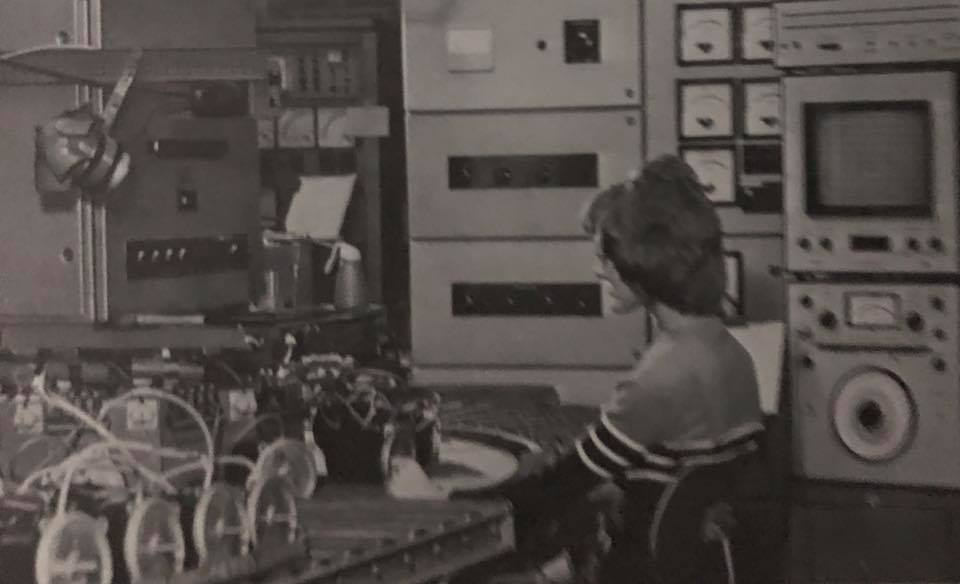 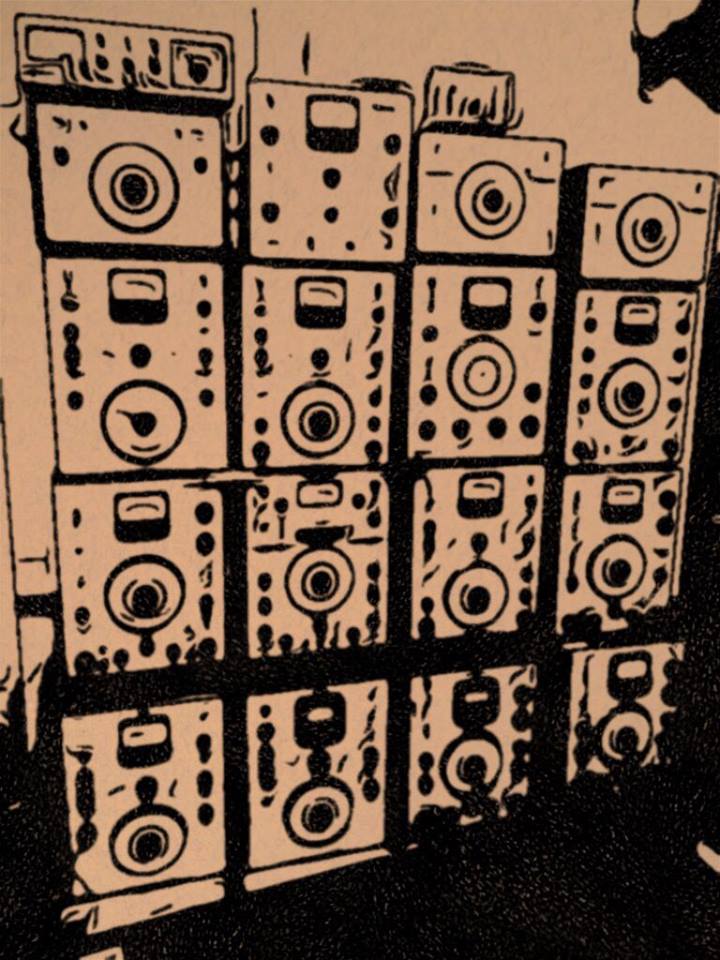 Information on the Sound Studio:

vintage
Compusynth is like a love child of a west coast modular and the Altair 8800 computer
vintage
Fluss: Hainbach and Bram Bos teamed up on an iOS granular app, and it’s an instant gem
analoggear
The latest 1U tool is a DJ-style innofader crossfader from intellijel
gear
Dnipro modular from Ukraine makes perfect modules – now with a deeper modulator