If Modular Synthesis is something you’re interested in, here are 3 ways to get started cheaply

Modular is popular, and if anything it’s getting more popular in all areas of of electronic music making. But it isn’t cheap, not by a long way, and as such it probably isn’t something you might want to spend a lot of money on without being sure that it’s for you. I’ve known quite a few modular converts who’ve described buying modules as more of a habit than a hobby, and that doesn’t make me entirely confident about stepping down that path.

Also, it always seems to me that a modular system is never complete. In fact, from the friends I have who have trodden this path, they mainly say that they’re always either in the process of filling their current case, or, when it’s full, deciding on a new case to buy, and then embarking on filling that.

Having said all of that, there are quite a few ways that you can dip your toe in the water without breaking the bank, and I’m going to talk you through them in cost order, from the cheapest to the most expensive.

Yep, apps are by far the very cheapest way of starting to play with anything modular, and when I say apps I don’t just mean iOS apps, although they certainly play their part of course. The very cheapest way to get going with modular is on your computer with the VCV Rack system, much of which is completely free. To find out all about VCV, just start here.

Of course, if iOS is more your platform of choice, then there are quite a few options to take a look at, and they’re all cheaper than starting to buy modules. I’ll start with a list of the modular apps that are essentially my go to apps, and then we’ll go over their relative merits.

There are more, not a huge number, but there are others, notably Caustic (which also runs on Android) which is really a lot more than a modular, as it contains multiple synths, drum machines and FX, but its modular it pretty good too. Next let’s have a brief look at each.

I’ve been a big fan of this app since its launch. It’s universal now and in my view is one of the easiest to put together your own synth ideas rapidly. If you’re completely new to modular synthesis then this isn’t a bad place to start at all. It’s only $9.99 on the app store too.

This is a big app and a massively capable app too. Users have made some truly amazing patches for Audulus. If you check the forum there’s well over 600 there which you can download. There’s also lots of tutorial videos and even live streams too. But this is a complex app and you will need to take time to learn how it works to get the best value for your $19.99 on the app store.

This is an interesting idea for a modular app. It is essentially a full representation on iOS of Moog’s iconic Model 15 modular. Moog have taken a lot of trouble to make the app as close as possible to the original hardware. It’s certainly fun, but it is the most expensive of the batch at $29.99.

Continuing the theme of vintage recreations, the iVCS3 is a very carefully made iOS version of the original hardware. VCS3 was created in 1969 by Peter Zinovieff’s EMS company. The electronics were largely designed by David Cockerell and the machine’s distinctive visual appearance was the work of electronic composer Tristram Cary. The app version is certainly more affordable than trying to buy an original as it’ll only set you back $14.99.

This app from Bram Bos is, in my view, one of the most straightforward ways to dip your toe into modular synthesis in iOS. It refers to itself as a West Coast Flavored Modular. With modules, such as complex oscillator, lowpass gate, FM, mathematical utilities and slope generator, are designed for exploration and experimentation. All modules are prewired; offering a powerful monosynth without using a single cable. Ripplemaker is designed for fun – big enough to lose yourself into, yet intuitive enough to not get lost. RippleMaker is one of the cheapest iOS modulars at $8.99.

Jasuto was the very first modular on iOS, and in fact well before iOS was called iOS. It saddens me to say that it hasn’t been updated in a long time now, but it was a great app, and way ahead of it’s time.

So, that was apps, what next?

Apps are great, and whether you go for VCV Rack or any of the iOS options above it’ll never be quite the same as have real patch cables to plug in, but you still don’t have to go the whole way and spend a fortune to sample some modular delights. There are cheaper options than modules themselves. My personal favourite is the Kastle synth from Bastl Instruments. This is a delightful little instrument that will give you a good taste of using patch cables and won’t cost you the earth. Bastl have recently released a new version of the Kastle synth. Version 1.5 boasts a lot of additional features over the 1.0 version, including USB power.

I’ve now got both versions, and one thing that is really useful is being able to patch them together. Version 1.5 is certainly a step up from the original, but both are a load of fun to play around with, and eminently affordable. 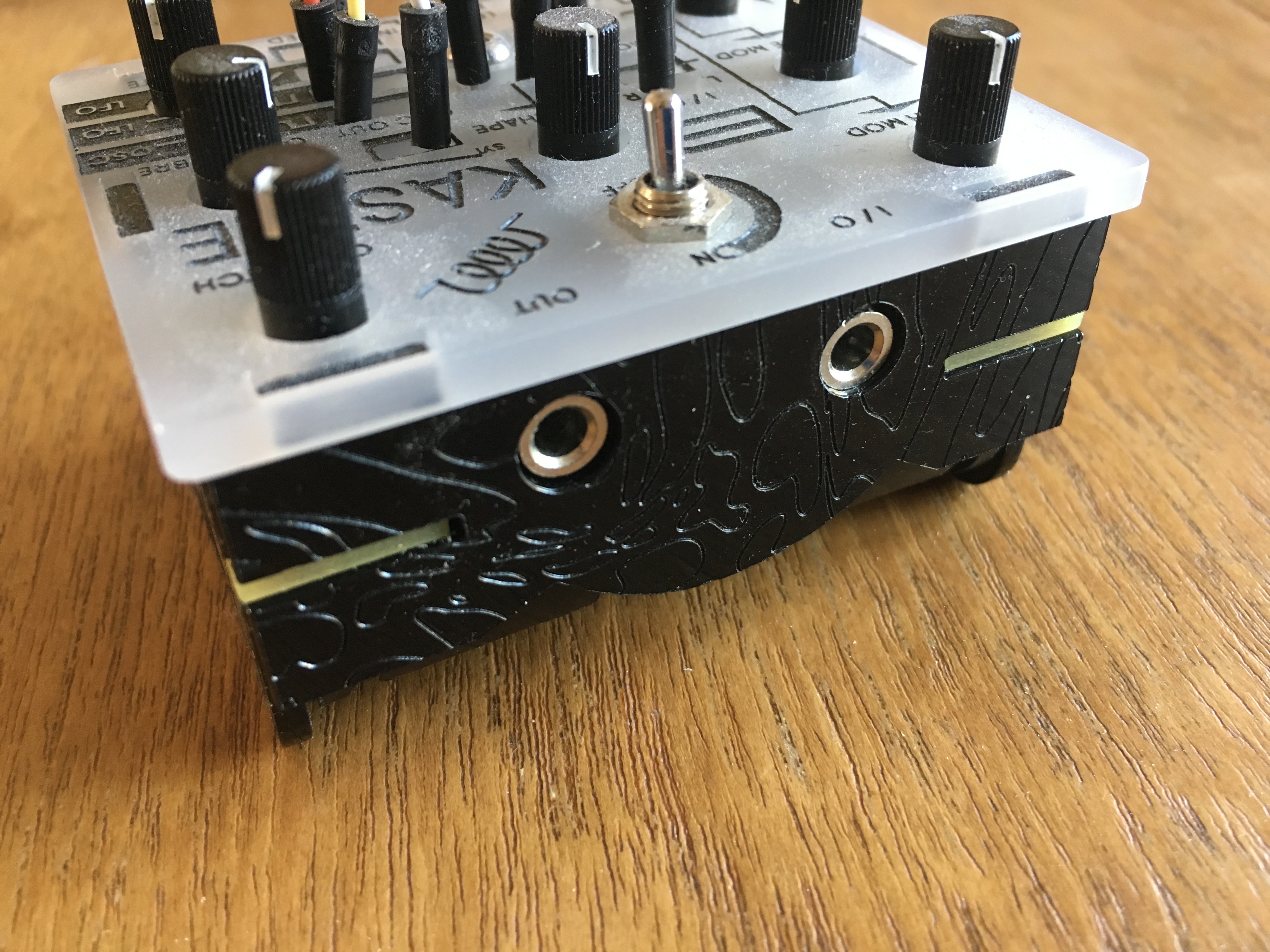 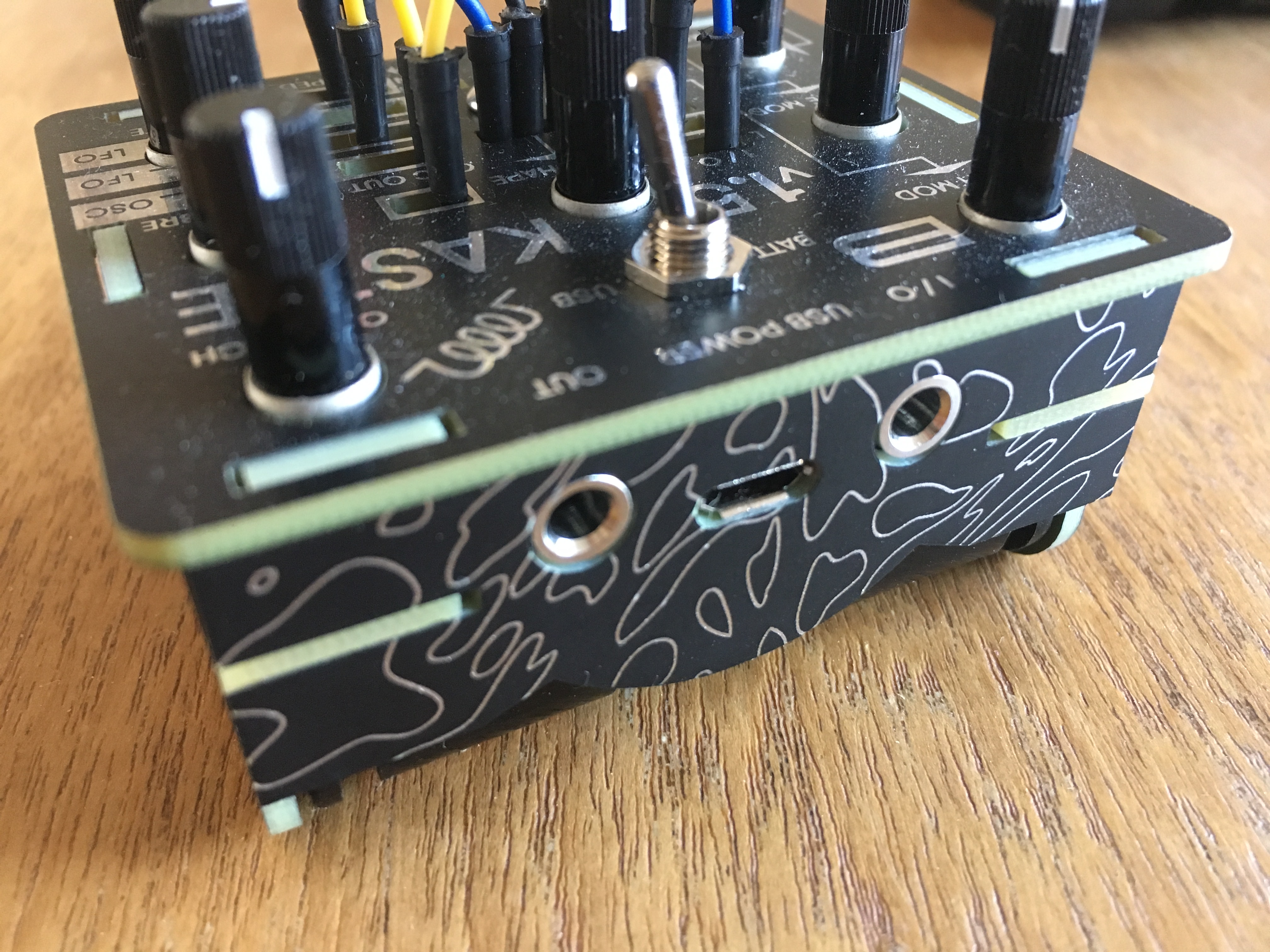 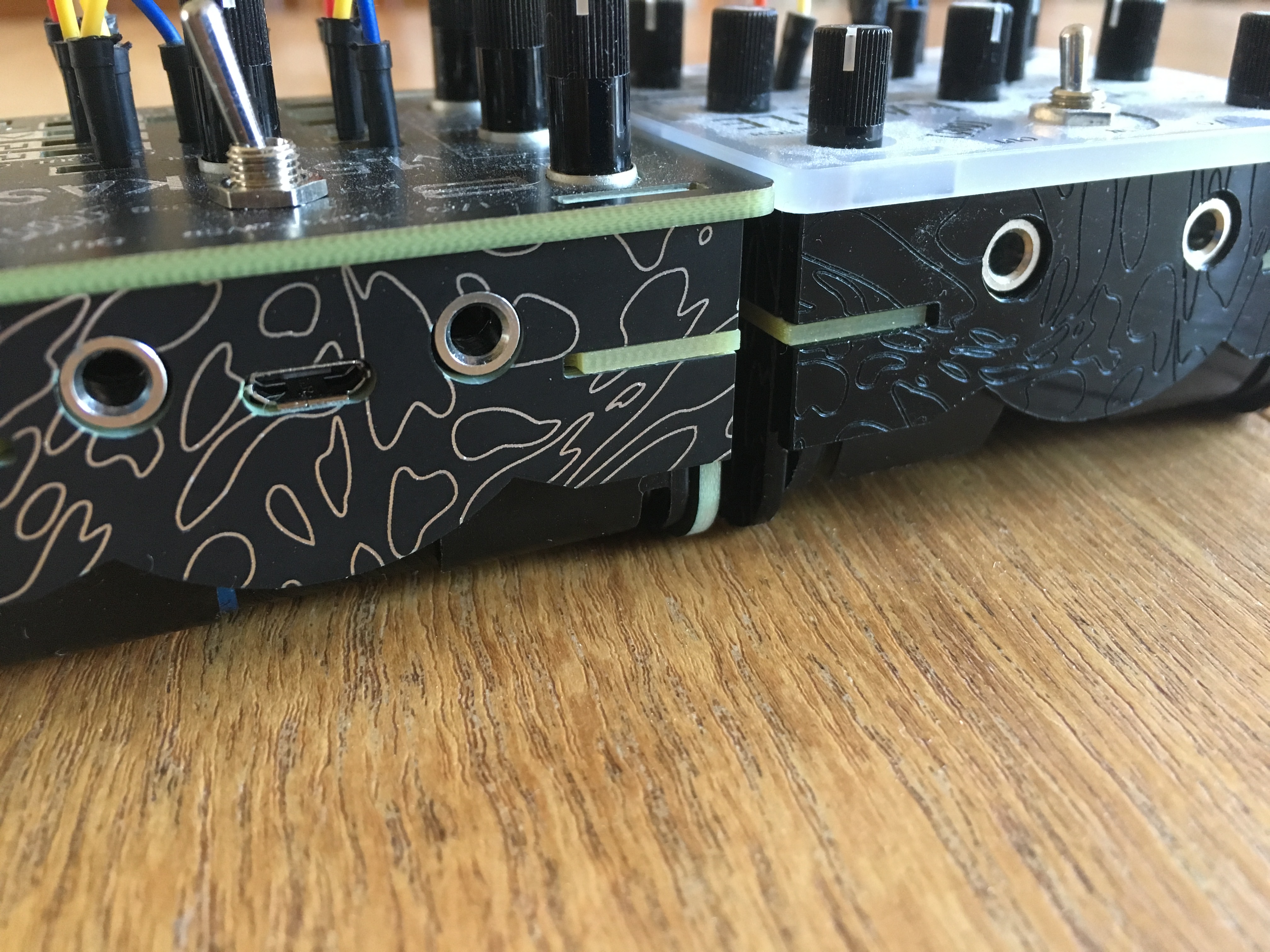 I did say there were three options. The first was apps, the second was the Kastle above. Last but not least is the lunchbox modular. This is the most expensive of all 3 options, but it is viable. The best example I’ve seen so far is Tom Whitwell’s lunchbox modular. He brought this to the Ableton Loop festival in 2016 and I’ve been slowly putting my version together ever since. 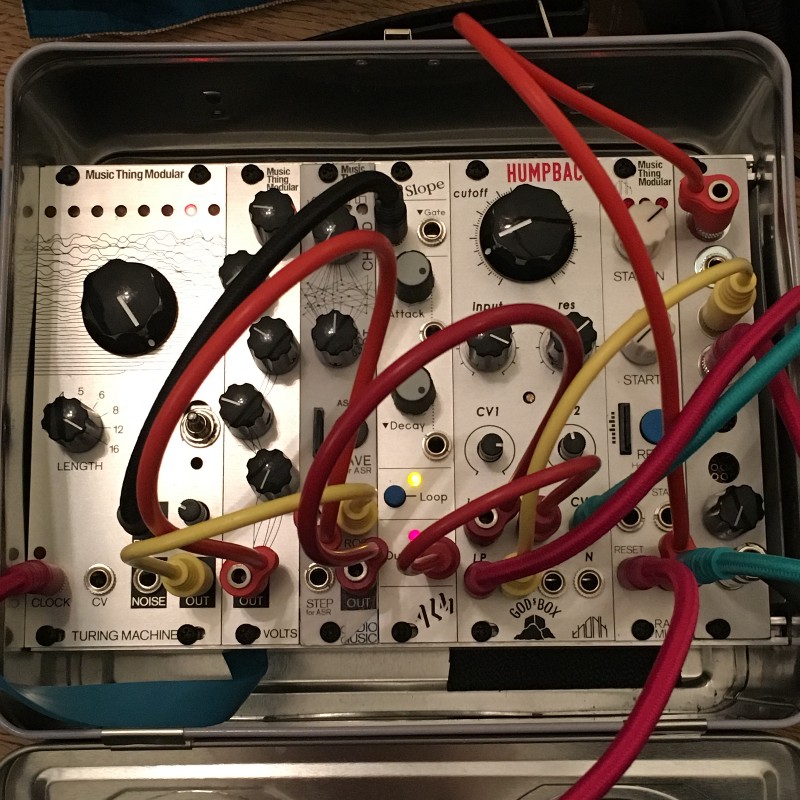 You should read the whole story from Tom. It’s pretty interesting. Of course, this is the most expensive option and does involve getting real modules, but it’s cheaper than buying a full rack and all that goes with it.

So there you have it. If the modular bug has been eating away at you for a while, try these options, and if none of them work, then sadly, my diagnosis is that you’re going to end up hooked. It could be worse! At least you’ll have some fun!