Smart. Even smart enough to visualize and sonify EEGs.

TouchDesigner is not well-known in general circles, even after long-running availability. It’s Windows-only software for specialists. But there’s only one thing you need to know about it: it is consistently used in some of the best work artists are doing right now in multimedia.

And in one go, the deceptively-named “088” is adding some massively-important stuff. Little wonder we’re hearing from a number of readers who are already excited.

And there’s now a non-commercial license, too, fellow impoverished and overworked but lovable artists.

Since you can read the details from the Canadian developers at Derivative, let’s do the executive summary, shall we?

There’s a lot more, too. There’s a new parameter interface that simplifies control. There’s extensive support for all the latest 3D technology in DirectX, Cineform and HAPQ codecs, GLSL (3.30) and for processing on the GPU, CUDA (5.0). There’s more hardware support (hello, Blackmagic), and new modules for audio and 3D. 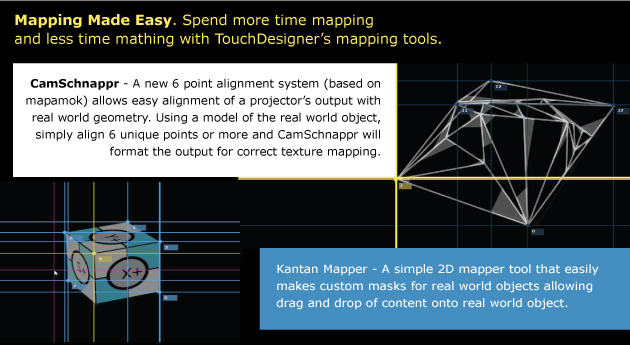 All of that, and Carsten Nicolai.

Carsten Nicolai | unidisplay @ MAC May 5th, 2012 from Derivative on Vimeo.

awesomenesspatchingSoftwareWindows
SunVox 2.0: the nearly-free modular pocket DAW just got a slew of new features
awesomeness
Type in lyrics, and this keyboard sings them, as Casio returns to its Casiotone roots
SoftwareWindows
IK’s model of the Neve 1081 console is free this month, plus free EQ and metering
Software
Celebrate your Blue Monday with the choir sound from New Order – and Kraftwerk’s Orchestron