Russia is today as always a nation packed with engineers – one distinctive upside of the long shadow cast by the Soviet Union. Russian electronic inventors’ creations increasingly flourish worldwide, so now is a great time to check in with some leaders of the growing Russian maker scene.

Synthposium this week demonstrated again that Moscow can be a hub for electronic instrumental technology. A crowded expo room featured alongside talks and a full festival lineup in this land of Theremin and ANS. How engineering savvy is Russia? Literally, one builder told me in a discussion (recording coming soon) that his dad gave him spare parts from the radio equipment factory as toys. (I have an image of a toddler with a pile of diodes and resistors, which I know is … wrong yet somehow not far off.)

Now, part of the point of Synthposium was again mixing and mashing the Russian scene with builders from Europe and beyond, not to mention the consumers of all this wonderful gadgetry. (The lion’s share of the output of most of these makers goes to markets in places like Europe and the USA, more than to Russian customers, as a rule.)

But it was also a chance to give deserved recognition to the growing scene inside Russia – a scene that’s proud about its closeness and supportive atmosphere. Synthposium organized awards for top makers again. I got to give some input, as well as awkwardly handing out a couple of the trophies. (They were 3D-printed logos, and I think I mostly managed to bumble my way through passing them out and muttering “here is your … uh … letter S … enjoy it….”) 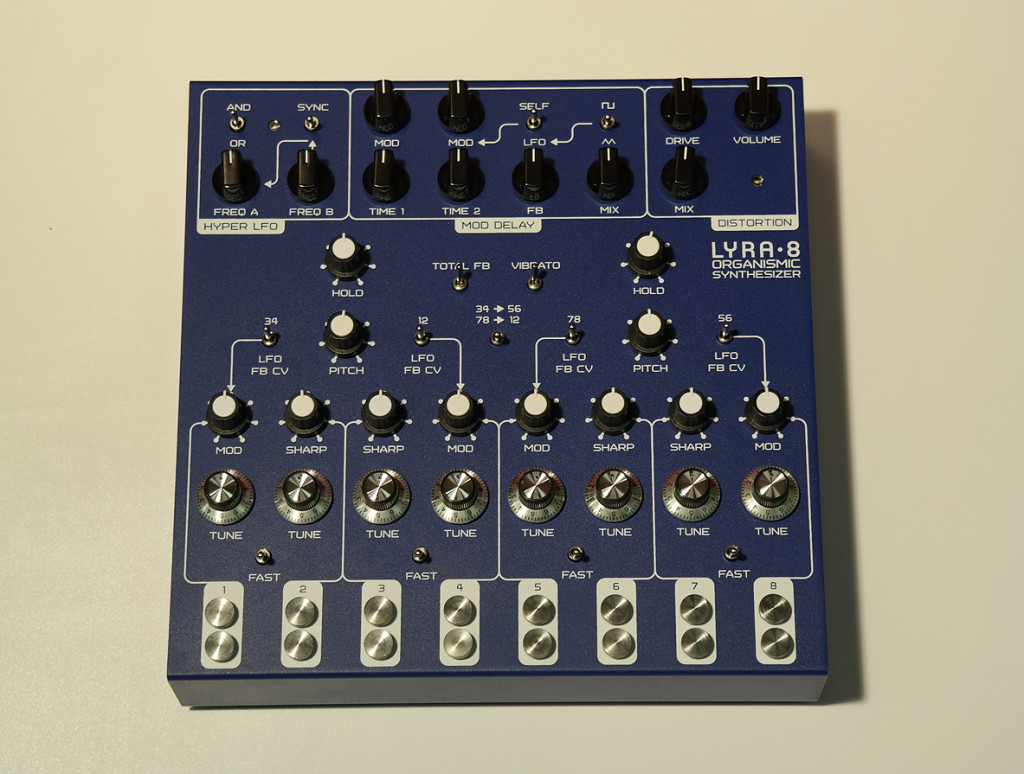 Even in the middle of the analog renaissance, SOMA Laboratory is an outlier. SOMA’s Lyra-8 for instance is not only analog, but “organismic” – creator Vlad Kreimer taking a spiritual approach to its design and manufacture, born out in the futuristic soul that cries out from its circuits. (He describes three points to SOMA’s philosophy – “Instruments that invite you to listen to yourself, balance and interaction instead of linearity and control,” and “deep nature instead of imitation.”

Lyra began its life as a performance instrument just for Vlad, before he opened it up to interested customers. Lyra-8 is an eight-voice (hence the name) instrument with FM modulation and various new synthesis algorithms and extras applied to the original design, plus a doubled delay that gives it its unique alien sound. There’s no MIDI – this is truly an analog-centric design – but you can input external audio.

And specs don’t do it justice. Just listen: 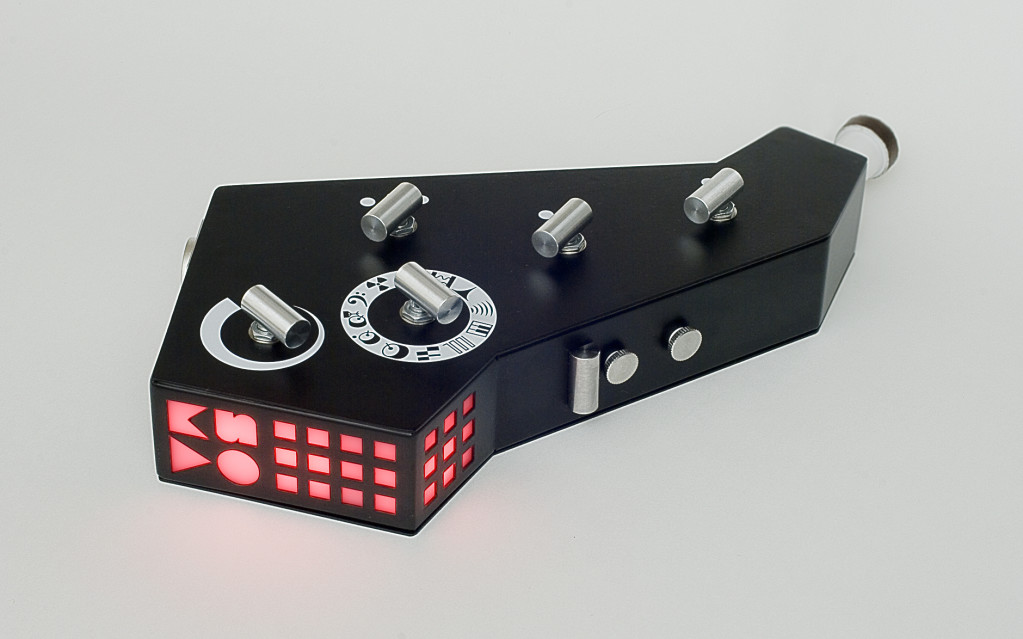 The Lyra has gotten some attention, but just as interesting is the Pipe, a breath-controlled effects/synth instrument. If you’ve ever wondered what the love child of a didgeridoo and a talkbox born on a mining vessel on the outer rim would sound like, wonder no more:

Honorary mention here I think should go to Polivoks for their new Polivoks-M:

Four oscillators with controls for visually producing wave shapes. A tape player simulation. All in one module. Yeah, the visual look of the Buchla-inspired Graphic Waveform Generator Model 268e from Keen draws from classic Buchla tradition, but this Moscow-made module is a unique sound studio all its own.

Little surprise then that the Graphic Waveform Generator Model 268e got a nod in modules (though there are some other builders to talk about, too – stay tuned).

Here’s a nice tour of the module and a look at how it fits into a larger Buchla context:

There’s more Buchla goodness where that came from:

I’ve already shouted out Zvukofor Sound Labs from St. Petersburg as one of my favorite makers of grimy sound processing. Now this artist/engineer got attention at Synthposium for his C1 and Tahnx.

He wasn’t just showing some new kit, either – he also shared thoughts on the meaning and history of distortion.

Tanhx is all about saturation and how to control it musically:

We’ve followed Playtronica for some time now. Their TouchMe approach to musical interaction we’ve seen before, but they continue refining design and manufacture of their full series of products and the workshops around it.

And people never get tired of getting to make music by touching pineapples, as their booth proved again.

You can play with their instrument right from in your browser (with MIDI even, if you have supported hardware and browser software):

It’s really tough to describe just how much Playtronica have done in the scene in Russia – an agency, an interactive design collective, a set of artists doing interesting work on their own, and a force for education that’s spreading electronics interest again to kids. If you want a look at how engaging younger generations might reboot in this century in the post-communist period, this is one clue.

It’s worth checking their work:

Hey, even as a keyboardist myself, I’ll be the first to concede: it’s guitarists’ turn on modular now.

And that’s why VG-Line’s Gui2lar matters. It’s a modular system designed around the guitar. And it’s stupidly fun and practical all at once. Video here is in Russian, but is reasonably easy to follow even without the language:

If the likes of Andreas Schneider and Dieter Doepfer brought modular back and evangelized synthesis in Berlin, then look no further than Fedor Vetkalov when it comes to the east. Fedor not only is a cornerstone of the synth and modular scene in Russia from his Moscow shop, but has also worked the other way – introducing the best Russian builders to the world, whether it’s via artists touring through the Russian capital or online or at international events. There are few people who can be a better guide to the scene in Russia, and well, it’s also kind of hard to imagine the synth community without Fedor in it even outside of Russia, too.

It’s been a pleasure to be back here in Moscow and St. Petersburg as always – more to come. And for all the other complaints we might have about current politics, I think we’re pretty fortunate today – crossing these borders, both for our humans and machines, is easier than ever. That makes our extended synth and music family feel close even as we come together across nations and languages.

For that I’m especially grateful for the cooperation of the Synthposium organization and the Goethe-Institut and other partners that allow this exchange to happen (and to live up to that “cultural exchange” business describes on my latest visa sticker).

Inside Cypher2, and what could be a more expressive future for synths