Native Instruments’ Massive synth defined a generation of soft synths and left a whole genre or two in its wake. But its sequel remains mysterious. Now the company is revealing some of what we can expect.

First, temper your expectations: NI aren’t giving us any sound samples or more release details. (The company tells CDM they are still on track for a June release date.)

What you do get to see, though, is some of what I got a preview of last fall. 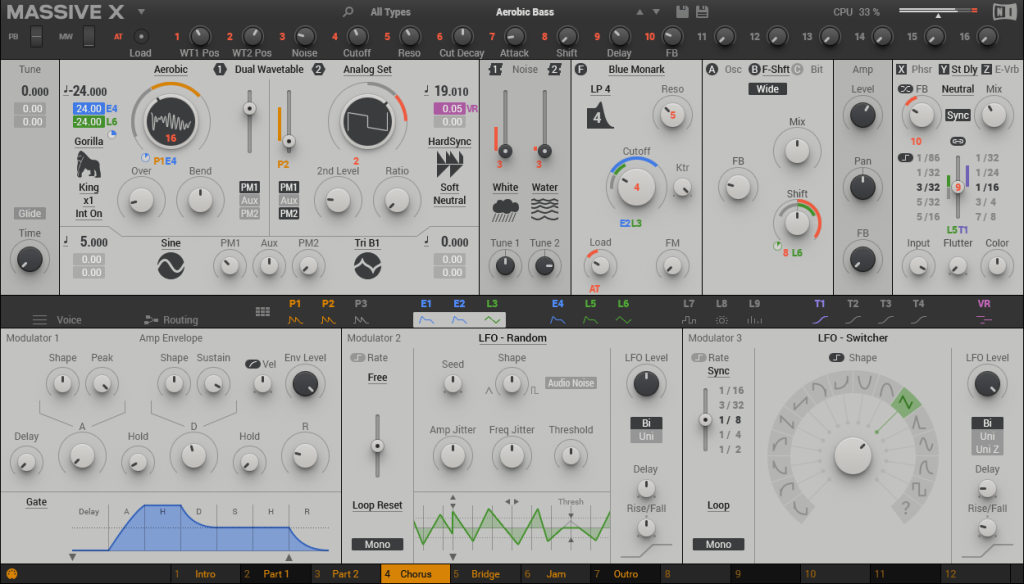 After a decade and a half, making a satisfying reboot of Massive is a tall order. What’s encouraging about Massive X is that it seems to return to some of the original vision of creator Mike Daliot. (Mike is still heavily involved in the new release, too, having crafted all 125 wavetables himself, among other things.)

So Massive X, like Massive before it, is all about making complex modulation accessible – about providing some of the depth of a modular in a fully designed semi-modular environment. Those are packaged into a UI that’s cleaner, clearer, prettier – and finally, scalable. And since this is not 2006, the sound engine beneath has been rewritten – another reason I’m eager to finally hear it in public form.

Massive X is still Massive. That means it incorporates features that are now so widely copied, you would be forgiven forgetting that Massive did them first. That includes drag-and drop modulation, the signature ‘saturn ring’ indicators of modulation around knobs, and even aspects of the approach to sections in the UI.

What’s promising is really the approach to sound and modulation. In short, revealed publicly in this blog piece for the first time:

Two dedicated phase modulation oscillators. Phase modulation was one of the deeper features of the original – and, if you could figure out Yamaha’s arcane approach to programming, instruments like the DX7. But now it’s more deeply integrated with the Massive architecture, and there’s more of it.

Lots of noise. In addition to those hundred-plus wavetables for the oscillators, you also get dozens of noise sources. (Rain! Birdies!) That rather makes Massive into an interesting noise synth, and should open up lots of sounds that aren’t, you know, angry EDM risers and basslines.

New filters. Comb filters, parallel and serial routing, and new sound. The filters are really what make a lot of NI’s latest generation stuff sound so good (as with a lot of newer software), so this is one to listen for.

Expanded Insert FX. This was another of the deeper features in Massive – and a case of the semi-modular offering some of the power of a full-blown modular, in a different (arguably, if you like, more useful) context. Since this can include both effects and oscillators, there are some major routing possibilities. Speaking of which:

Audio routing. Route an oscillator to itself (phase feedback), or to one another (yet more phase modulation), and make other connections you would normally expect of a modular synth, not necessarily even a semi-modular one.

Modulators route to the audio bus, too – so again like modular hardware, you can treat audio and modulation interchangeably.

More envelopes. Now you get up to nine of these, and unique new devices like a “switcher” LFO. New “Performers” can use time signature-specific rhythms for modulation, and you can trigger snapshots.

It’s a “tracker.” Four Trackers let you use MIDI as assignable modulation. 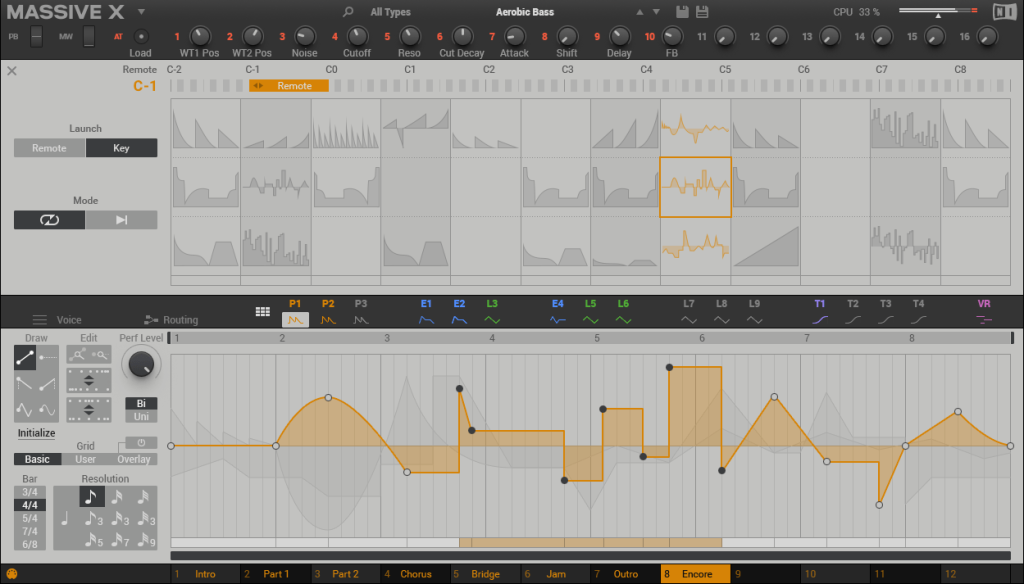 Maybe this is an oversimplification, but at the end of the day, it seems to me this is really about whether you want to get deep with this specific, semi-modular design, or go into a more open-ended modular environment. The tricky thing about Massive X is, it might have just enough goodies to draw in even the latter camp.

And, yeah, sure, it’s late. But … Reaktor has proven to us in the past that some of the stuff NI does slowest can also be the stuff the company does best. Blame some obsessive engineers who are totally uninterested in your calendar dates, or, like, the forward progression of time.

For a lot of us, Massive X will have to compete with the fact that on the one hand, the original Massive is easy and light on CPU, and on the other, there are so many new synths and modulars to play with in software. But let’s keep an eye on this one.

And yes, NI, can we please hear the thing soon?

Hey, at least I can say – I think I was the first foreign press to see the original (maybe even the first press meeting, full stop), I’m sure because at the time, NI figured Massive would appeal only to CDM-ish synth nerds. (Then, oops, Skrillex happened.) So I look forward to Massive X accidentally creating the Hardstyle Bluegrass Laser Tag craze. Be ready.

Here are some of the weirdest musical instrument ideas from NAMM

MacPlug-insSoftwareWindows
The best Cyber Monday deals you can get now on synths, plug-ins, and more
MacSoftwareWindows
MadMapper 5.2 is here, with more lasers! (and DMX CSV, Xbox controllers, and Kinect)
Plug-insSoftware
SAND hosts your iOS plug-ins, sequences them with patterns, records them
MacSoftwaresynthsWindows
The very best Black Friday and Cyber Week deals on music and motion – a running list