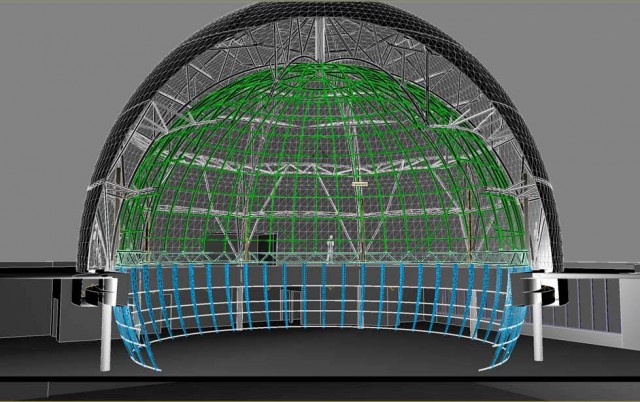 Audiovisual technology has returned to spectacle. Artists are armed with new technologies for fusing space and image, sound and sight. What they tend not to have is permanent spaces. And that lack of venues has made audiovisual artists nomadic and provisional, constrained to hastily-provisioned, rectangular, sometimes dim projections. In short, for revolutions to happen, you do need special venues, not just special artists.

Next month, Montreal will get a space that promises to be just that. The Society for Arts and Technology / La société des rts technologiques (SAT) have built a space that’s also a kind of “instrument,” a domed enclosure on their top floor called the Satosphere. When they say they want it to be cross-disciplinary, they aren’t kidding: aside from obvious applications for visuals, sound, art, architecture, dance, and gaming, the space will include a “FoodLab” for collaboration with chefs.

The big draw of such a space is being able to provide an immersive experience, surrounding the visitor with imagery. (Iannis Xenakis, among others, would be proud.) The pictures here, courtesy SAT, I think tell a big part of the story. It’s superior Canadian research and engineering at work, ready to accommodate visualization and environmental interaction across a wide variety of disciplines.

A space alone doesn’t guarantee great work, but it’s quite a step. To fill the space starting when it opens in spring 2011, SAT have enlisted a variety of artists, including work with a scale model called the Labodome (seen at bottom). (Actually, I think working in miniature can generally be a fantastic way to approach this.) 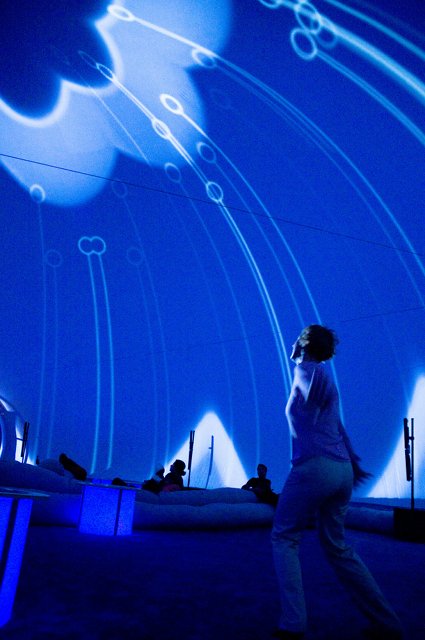 Also worth noting: among SAT’s research project is something they’re calling the SPIN Framework.
http://spinframework.org/

It’s an open-source set of frameworks for manipulating spacial interaction, all using OSC (OpenSoundControl) for communication with tools like Pd and Processing. It’s based on the OpenSceneGraph, a native framework for scenegraph manipulation. It looks rather elegant, solving a number of basic problems for distributing virtual environments, whether across projectors, collaborators, spaces, or media. There’s a related project, also using OSG, which deals with audio and Pd, called Audioscape. Now, I have to reject the giant slash marks through the lovely pedals and Moogerfooger in the illustration on that site – surely this need not be an either/or proposition – but otherwise, looks really intriguing.

I’d be curious if there might be a wider effort to bring together these kinds of ideas as they emerge. See also UC Santa Barbara’s MAT program and their Allosphere (which actually faces more significant projection challenges, being a 360-degree sphere), as well as the audiovisual framework LuaAV. (LuaAV is quite a lot more involved than SPIN, above, more akin to Pd or Processing, but since everything here supports OSC, they could all easily communicate.)

If you’ve got ideas or research of your own, I’d love to hear them. 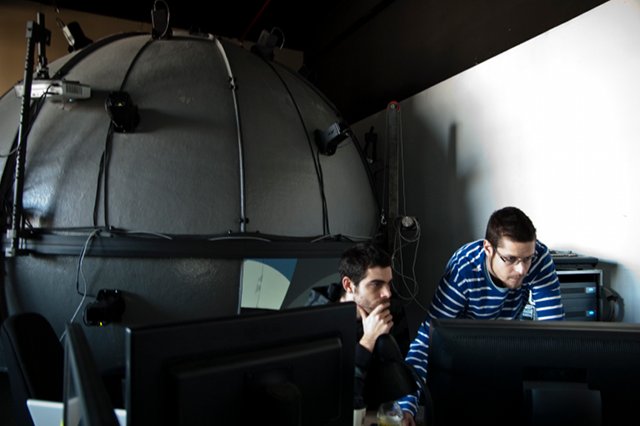 NI Gives Away Version of One of the Best Reaktor Instruments, Free: Mikro Prism