Virtual reality and augmented reality promise new horizons for music. But one studio is delivering apps you’ll actually want to use – including collaborations with artists like Matmos, Safety Scissors, Robert Lippok, Patrick Russell, Ami Yamasaki, and Patrick Higgins (of Zs).

Consumer-accessible graphics hardware and computation – particularly on mobile – is finally keeping up with the demands of immersive 3D visuals and sound. That includes virtual reality (when you completely block out the outside world, most often using goggles), and mixed reality or augmented reality, which blends views of the world around you with 3D imagery. (Microsoft seems to prefer “mixed reality,” and still has you wearing some googles; Apple likes “augmented reality,” even if that harkens back to some old apps that did weird things with markers and tags. I think I’ve got that right.)

And indeed, we’ve seen this stuff highlighted a lot recently, from game and PC companies talking VR (including via Steam), Facebook showing off Oculus (the Kickstarter-funded project it acquired), and this week Apple making augmented reality a major selling point of its coming iOS releases and developer tools.

But what is this stuff actually for?

That question is still open to creative interpretation. What New York City-based studio Planeta is doing is showing off something artful, not just a tech demo.

They’ve got two apps now, one for VR, and one for AR. 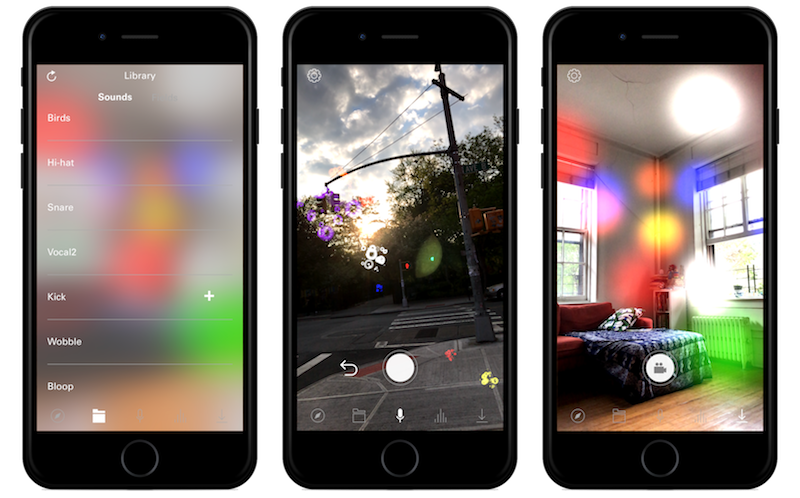 Fields is intended both for listening and creation. Sounds form spatial “sculptures,” which you can build up on your own by assembling loops or recording sounds, then mix with the environment around you – as viewed through the display of your iOS device. There’s a lovely, poetic trailer:

Unlike the sound toys we saw just after the release of the original iPhone App Store, though, they’re partnering with composers and musicians to make sure Fields gets used creatively. It’s a bit like turning it into a (mobile) venue. So in addition to Matmos, you get creations by the likes of Ryuichi Sakamoto collaborator, or Robert Lippok (of Raster Media, née Raster-Noton).

But if you think you have something to say, too, and you aren’t one of those artists, you can also share your own creations as videos, constructed from original sounds and motion captured with your device’s camera and mic.

The developers are Field are also partnering with the Guggenheim to showcase the app. And they’re also helping Berlin’s Monom space, which is powered by the 4DSOUND spatial audio system, to deliver sounds that otherwise would have to get squashed into a bland stereo mix. The ability to appreciate spatial works outside of limited installation venues may help listeners get deeper with the music, and take the experience home.

The results can be totally crazy. Here’s one example:

Pitchfork go into some detail as to how this app came about:

More on the app, including a download, on its site:

And then there’s Drops – a “rhythm garden.” 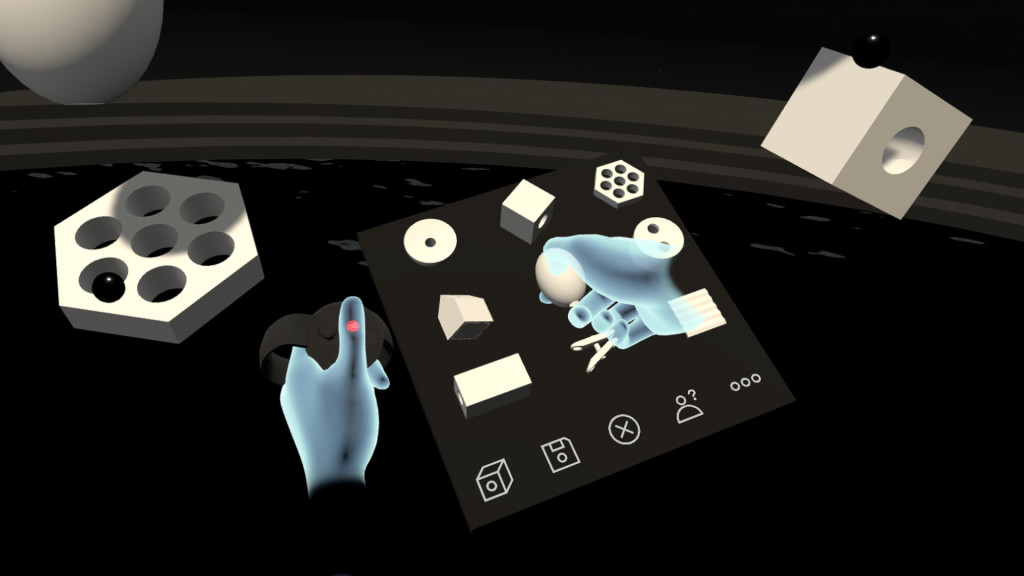 We’ve seen some clumsy attempts at VR for music before. Generally, they involve rethinking an interface that already works perfectly well in hardware controllers or onscreen with a mouse, and “reimagining” them in a way that … makes them slightly stupid to use.

It seems this is far better. I’ve yet to give this a try myself – you need Oculus Rift or HTC Vive hardware – but at the very least, the concept is right. The instrument begins as a kind of 3D physics game involving percussion, with elaborate floating clockwork worlds, and builds a kind of surreal ambient music around those Escher-Magritte fantasies. So the music emerges from the interface, instead of bending an existing musical paradigm to awkward VR gimmicks.

And it’s just five bucks, meaning if you’ve bought the hardware, I guess you’ll just go get it!

And it’s really, as it should be, about composition and architecture. Designer Dan Brewster tells the Oculus Blog about inspiration found in Japan:

One space in particular, created by Tadao Ando for Benesse House and consisting of an enclosed circle of water beneath a circle of open sky, felt perfectly suited to VR and inspired the environment of Drops.

Brewster and team paired with experimental composers – Patrick Russell and Patrick Higgins – to construct a world that is musically composed. I always recoil a bit when people separate technology from music, or engineering from other dimensions of tech projects. But here, we get at what it is they’re really missing – form and composition. You wouldn’t take the engineering out of a building – that’d hurt your head a lot when it collapses on you – but at the same time, you wouldn’t judge a building based on engineering alone. And maybe that’s what’s needed in the VR/AR field.

Clot magazine goes into some more detail about where Drops and this studio fit into the bigger picture, including talking to composer Robert Lippok. (Robert also, unprompted by me, name drops our own collaboration on 4DSOUND.)

Robert based this piece, he says, on an experiment he did with students. (He’s done a series of workshops and the like looking about music as an isolated element, and connecting it to architecture and memory.)

We were talking about imagining sound. Sounds from memories, sound from every day live and unheard sounds. Later than we started to create sonic events just with words, which we translated into some tracks. “Drawing from Memory” is a sonic interpretations of one of those sound / word pieces. FIELDS makes is now possible to unfold the individual parts of this composition and frees it in the same time from its one-directional existence as track on a CD. I should do this with all of my pieces. I see a snowstorm of possibilities.”

Check out that whole article, as it’s also a great read:

And let us know if you have any questions or comments for the developers, or on this topic in general – or if you’ve got a creation of your own using these technologies.

How to make dirty sounds, in videos, with Novation Circuit Mono Station